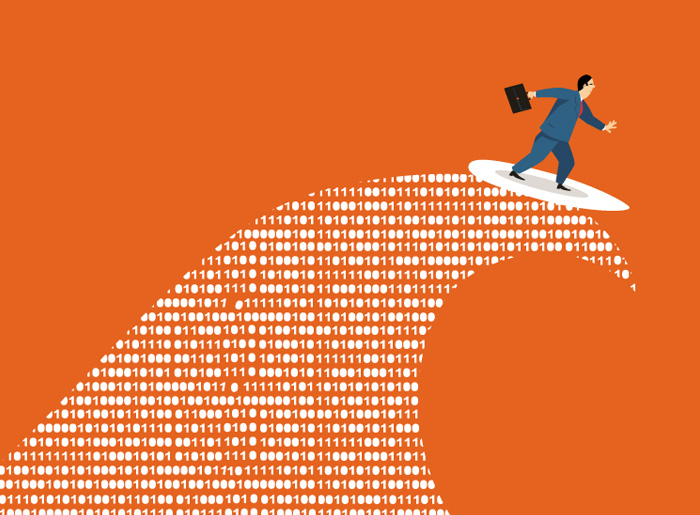 More and more pension schemes are increasing their allocations to private equity, but will the illiquid strategy bring long-term growth?

Who would have thought that hungry cavemen thousands of years ago would eventually lead to the creation of takeaway delivery service Deliveroo.

Pre-historic man finding a jagged stone to kill animals for food and warmth is one of the earliest examples of how innovation has revolutionised our lives.

Those with a bellyfull of animal protein no longer spent their days looking for food and so were free to find other ways to improve their lives. This freedom from hunger led to further inventions that transformed the way we live over the many millennial that followed. The inventions of the wheel, electricity, planes and the internet are just a few.

Such innovations breathed new life into stale companies, disrupted the dominance of the major industry players and created new industries.

In recent decades, the internet has led to birth of social media, where Facebook, Twitter and Linkedin are the most prominent brands. The rise of mobile communications, largely thanks to tech giants such as Samsung and Apple, has also revolutionised the service industry facilitating the birth of taxi service Uber and takeaway ordering and delivery businesses Just Eat and Deliveroo.

These are some of the most used businesses in the world, yet, during perhaps their fastest growth phase, most will be out of reach for many investors. It could be years before their shares are offered for sale on the stock market (although there are rumours that Deliveroo is preparing to list). That is, unless, institutional investors back them early in their growth story through private equity.

Imagine investing in online retailer Amazon in the days when it only sold books. Or Facebook, years before it made the US’ third largest stock market debut with a $104bn (£79.6bn) valuation. HarbourVest did. The private equity firm earned 300 times its initial investment when selling its shares in Facebook through its initial public offering (IPO). “A number of well-known tech IPOs have featured in our portfolio at some point,” says Richard Hickman, HarbourVest’s investment and operations director.

HarbourVest, which has more than $50bn (£38.3bn) under-management, was also an early investor in LinkedIn and Twitter and has stakes in Uber and Airbnb, a holiday home marketing portal.

Facebook is just one example of how private equity can get it right. There will be many more instances where things did not work out as planned. Yet it appears that pension schemes are buying into the private equity story. In 2017, private equity firms in Europe raised €91.9bn (£81.5bn), a 12% rise year on-year and the highest level for 11 years, according to trade body Invest Europe.

Almost a third (29%) of that capital came from pension funds. “Longer term, private equity is less volatile than the quoted equity markets,” says Sharon Smith when explaining why her scheme, the South Yorkshire Pensions Authority (SYPA), is increasing its allocation to the asset class. “We are also looking for an enhanced return due to it being less liquid,” adds Smith, who is head of investment strategy at the scheme.

SYPA may not have to look far. When it comes to returns, private equity has trounced quoted companies in the short and long term (see table). In 2017, UK private equity returned 38.5% compared to 13.1% from the FTSE All-Share, the British Private Equity & Venture Capital Association (BVCA) says.

In the decade to 2017, private equity returned 11% a year, almost double the 6.3% generated by UK equities. Whether over one year or 10, private equity offers a sizable illiquidity premium.

SYPA targets a return of between 8% and 10% a year from the asset class, and over the past decade it has made around 9.5%, according to Smith. Trustees and investment committee members have set high targets when it comes to private equity.

East Riding Pension Fund targeted an 8.4% return last year from its private equity portfolio, but at the time of writing it is yet to publish its results for the year to April 2018. This 8.4% is benchmarked against the FTSE All-Share +3%.

When it comes to returns, Lothian Pension Fund collected a healthy gain in the year to April 2018. It reported £7.6m of private equity and infrastructure income during the period, up from £5.6m a year earlier.

SYPA has been gradually building its exposure to private companies over the past 14 years, although Smith admits it was only a small part of the investment portfolio. That changed after the scheme’s last valuation.

The target allocation for its alternatives portfolio, which also houses private debt and infrastructure, is 15%. It currently stands at 11% and the increase comes at the expense of its listed equities. “We are not there yet, but that is the direction of travel,” Smith says.

Low bond yields have also pushed trustees into alternative assets, such as private equity, property, infrastructure and hedge funds, to generate the returns needed to pay their members’ benefits.

SYPA does not invest in private companies directly due to a lack of in-house expertise, instead it uses funds to access the market.

They are not the only ones to have turned this part of their portfolio over to an external manager. Kent County Council’s final salary scheme has also employed the services of an expert firm, in this case HarbourVest.

Lewisham’s local government scheme has £29.7m, 3.9% of the fund, in private companies, based on latest available data. Then there is the £4.5bn East Riding Pension Fund. Its alternative investments also include property and real estate.

Its private equity interests are 4% of its portfolio, which is less than half of the capital it has put to work in property. Private equity is a strategy that is being used by pension schemes, big and small. USS, the £64bn retirement of scheme for university workers, has £8.6bn tied up in the sector.

This is an increase on the £8bn that the portfolio was worth in the year to April 2017. Due to its size, USS is now focusing on a direct investment strategy, where it does not use external managers. The reason is to cut costs. Direct investments by the scheme include motorway service station Moto.

It is not just the size of the returns and potentially lower volatility that are selling points for adding unlisted companies to portfolios. There is more choice as the number of listed companies is shrinking.

With more capital flowing into private companies, many no longer have to list on stock markets or are floating later in their development cycle. This has almost halved the number of companies trading on US stock markets since 1996, according to consultant Cambridge Associates.

So, private equity is changing the nature of the listed markets. Companies such as Uber have access to the capital needed to grow much larger before they consider calling an investment bank about listing.

“If you take companies above $10m (£7.7m) in revenue, there are about 20 times more private companies than listed ones in the US and Europe,” Hickman says. “So investors who only look at listed markets are missing out on a potentially significant pool of investments,” he adds.

This significant pool does not only include technology companies. The market also houses more traditional businesses, such as those in the consumer or industrial markets who need capital to increase value.

This could be that companies are looking to expand internationally, moving into new markets, launch new products or a retailer that wants to expand through acquisitions. “So there are all sorts of approaches in the buy-out space that create value independently of any technological influence,” Hickman says.

Despite the impressive array of highly visible business, this is not a get rich quick strategy. Private equity is sometimes about funding a business to the next development phase, which could take years, so this is clearly an investment for the patient. Continuing losses at some firms and no idea how others will make money are concerns. But the high profile of the brands and the number of users or customers means that shares in businesses such as Twitter and Facebook should not be sold on a whim.

Private equity is illiquid and is believed to be less volatile than its listed counter-parts, but with leverage in portfolio companies increasing and valuations higher than they were a few years back, is the asset class vulnerable to economic shocks?

Hickman says that the level of debt has not reached pre-crisis levels and compared to equities has fewer conditions on it, which puts private equity managers in a “strong position”. When it comes to interest rate rises, Hickman prefers to take a glass half-full approach. “Interest rate rises potentially have a negative impact on returns, but you would also see a decline in purchase price multiples as well, so that would be more attractive for the private equity buyer. “It isn’t quite as cut and dried as to say a rise in interest rates is a bad thing,” he adds.

Hickman describes the level of investment and of realisation as fairly normal in comparison to long-run averages. “Fund raising has been strong. Private equity has a lot of dry power. That is putting the industry in a good position for the future.”

Private equity could be a high return, diversifying addition to a balanced portfolio and could also provide investors with exposure to the businesses that tomorrow will disrupt the champions of today. 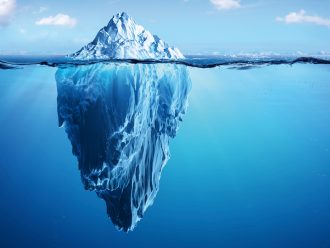 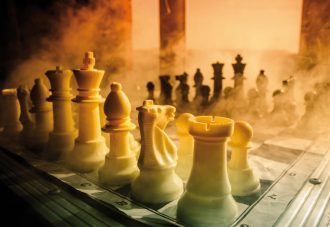 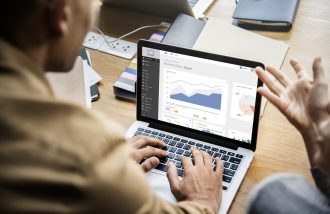