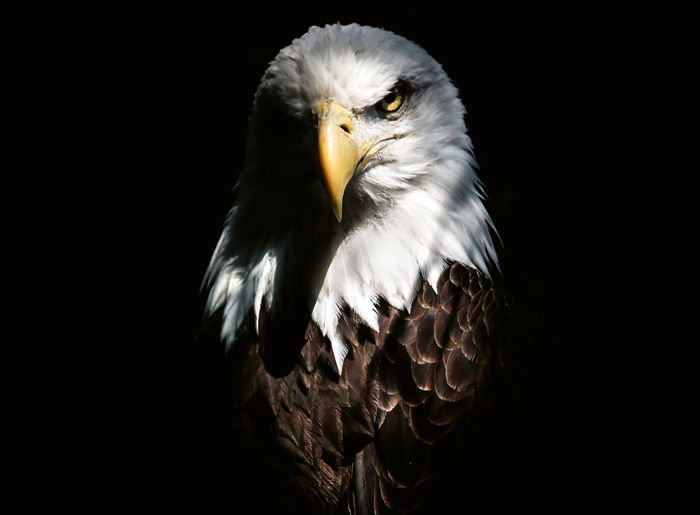 Emerging market debt is rapidly becoming a local currency market, but investors are still nervous about a US rate rise.

Emerging market debt investors are living in interesting times. The asset class has been hit by volatility after facing several headwinds this year amid fears that a global recession is on the horizon.

Indeed, concerns over the impact of a potential Federal Reserve rate hike on US dollar-denominated debt, also known as hard currency debt, are weighing heavily on investor sentiment. Also making investors nervous is the trade war between the US and China as well as a barrage of negative news emanating from Turkey and Argentina.

These issues have proved enough of a catalyst for UK investors to pull $3.3bn (£2.5bn) from emerging market debt funds in the second quarter of 2018. This was just the tip of the iceberg. During that period, the emerging market debt universe shrank by $22bn (£16.7bn). Simultaneously, debt issuance, which expanded exponentially in the past few years, has come to a grinding halt. Emerging market governments only issued $3.4bn (£2.5bn) of hard currency debt in September, a huge decline on the $28.8bn (£21.9bn) issued during the same month in 2017, according to Thomson Reuters.

The problems in emerging markets do not exist in isolation. There are links to the broader economic policy responses to the 2008 financial crisis. The expansionary monetary policies that has led to the Fed’s balance sheet ballooning to $4.5trn (£3.4bn) from $900bn (£685bn) since 2008, triggered a sharp increase in sovereign borrowing.

For emerging markets, average debt-to GDP ratios have leaped to 59% from 36% five years ago, as Luther Bryan Carter, BNP Paribas’ head of emerging markets fixed income, points out. He predicts that a number of emerging market countries, including Angola, Belize, Congo, Gabon, Lebanon, Mongolia, Mozambique, Sri Lanka, Ukraine and Zambia face a “non-trivial risk of distress or default” due to a combination of higher debt repayments and a relatively high ratio of hot money to currency reserves.

According to McKinsey, a consultancy, the amount of non-financial corporate bonds outstanding globally has almost trebled to $11.7bn (£8.9bn) since 2008. The International Monetary Fund’s (IMF) latest Global
Financial Stability report points to excess liquidity in developing markets caused by monetary policy interventions as being a key driver of strong inflows into emerging market debt. The IMF and World Bank estimate that around $260bn (£197bn) of emerging market debt inflows since 2010 “can be attributed to the push of unconventional monetary policies by the Federal Reserve” rather than to internal pull factors, such as favourable macro-economic policies. The IMF now believes that the Fed’s tightening policies could reduce portfolio flows to emerging market bonds by about $35bn (£26.6bn) a year.

Institutional investors in the UK, defined benefit (DB) pension schemes in particular, were some of those who increased their exposure to emerging market debt, data from the Investment Association suggests. Since 2011, UK institutions’ share of investments in overseas bonds, which include emerging markets, increased to 42% from 34%.

Stuart Trow, a credit strategist and trustee for the European Bank for Reconstruction and Development’s final salary scheme, argues that disappointing yields in developed markets were a key driver for inflows into emerging market debt. “Investors in emerging market debt are naturally attracted by the higher yields available than in developed markets, but are essentially drawn by the relative, rather than absolute, value of those yields” he adds.

So it is no wonder that the prospect of the Fed raising its rates is such a concern for investors. An increase in US borrowing costs could hit emerging markets on several fronts. For starters, rising rates are likely to create a stronger US dollar, making it more painful for borrowers to repay hard currency debt.

It has also hit the value of many emerging market currencies, which have previously appreciated, partly due to the weaker dollar.

For example, in mid-September, the value of South Africa’s rand slumped to 0,06650 against the dollar from its 2011 peak of 0,15229. Similarly, the Argentinean peso declined to 0,03288 from 0,25170 over the same seven-year period. Consequently, the repayments of US dollar-denominated hard currency loans have become much more expensive.

Moreover, record low bond yields in Europe and the US, a result of quantitative easing, were one reason for investors’ growing exposure to emerging markets. Higher interest rates in developed markets could make their respective bond yields more attractive and, therefore, lead to a reduction in foreign investment for emerging markets.

Looking at the different sub-categories of emerging market debt in more detail, it becomes clear that the level of vulnerability to a Fed rate hike depends on the nature of the bond issued.

Arnab Das, Invesco’s head of EMEA and emerging market macro research, believes that the effect of recent sell-offs is likely to remain limited to individual cases such as Turkey and Argentina. “What we are seeing is an adjustment, rather than a crisis,” he argues.

With regard to government debt, he believes that, compared to the sovereign debt crises at the end of the 20th century, the risks of nations defaulting have actually reduced. “We are in a different world today. Many critical countries now have floating rather than fixed exchange rates and have increasingly issued their debt in local currencies, making them less vulnerable to a rising dollar.

“Argentina has had a harder peg and has also issued a lot of hard currency debt, which is why it is an important exception to the story,” he adds.

Indeed, according to a 2014 World Bank report, local currency borrowings accounted for just over half of all outstanding tradable debt in 2000. Its share rose to 87% in 2015. China, Brazil, India, Mexico and Turkey rank among the largest issuers of local currency debt, yet China, the largest economy in the developing world, remains underrepresented in emerging market debt indices.

Meanwhile, exchange rate risks remain a more imminent concern for corporate borrowers, as corporate bonds tend to be predominantly issued in hard currency. Yet Das argues that the export-orientated nature of many emerging market businesses could act as a hedge against currency risks. “Many corporates are natural receivers of hard currency because of their exports,” he says. So investors in emerging market corporate debt could view an issuer’s export-orientated model as a guard against potential exchange rate risks.

“What we are seeing is a large element of idiosyncratic stories where some countries are mis-managing their economies,” Das adds. “Those countries are now getting into trouble and will need to adjust to tighter financial conditions, but this is a necessary adjustment, rather than a crisis.”

So, does that mean that the concerns surrounding emerging market debt are overblown? For Stuart Trow, perhaps the greatest risk to emerging market bonds is the structural decline in secondary market liquidity since the global financial crisis. Higher capital charges mean it is no longer cost effective for banks to carry inventories of bonds to service their customers.

With most bonds being traded over the counter, tighter capital and leverage requirements, although introduced for valid reasons, have reduced dealers’ willingness to contribute to market making and holding larger positions.

Moreover, a significant number of dealers have exited the market altogether, as a 2017 paper by the International Organization of Securities Commissions (IOSCO) warned. Consequently, the majority of fixed income traders surveyed by the regulator highlighted that market liquidity has decreased in the past 10 years. Among the respondents looking to sell bonds, as many as 80% report reduced liquidity levels, the paper says.

Speaking with his credit strategist hat on, Trow is concerned that in seeking to beat their indices, emerging market asset managers have been driven towards the same riskier assets at the weaker end of their mandates, as to do otherwise would cause them to underperform their benchmarks. And because all this has occurred against the backdrop of a bull market, generally they have got away with it so far.”  However, with the market turning, and secondary market liquidity at a premium, the manager who will outperform will be the one who is quickest to sell these riskier bonds.”

Trow highlights that even before the financial crisis the notion of market liquidity was highly sensitive to market conditions.  “Bond market liquidity always has had a quick silver type quality: it can be there one moment and gone the next.  Today though, with investment banks holding little, if any, bond inventory, the ability to buy, or more importantly, sell a bond relies on someone having precisely the opposite interest to you, which is highly unlikely when everyone is positioned the same way.”

He is particularly concerned about the growing impact of passive investment vehicles: “My issue with vehicles such as emerging market bond ETFs is that the product itself may appear liquid and easily tradable. However, in essence it is a liquid call on an asset which might quickly become highly illiquid when everyone is trying to sell at the same time.

“Should investor confidence in the liquidity of such funds be tested, it could have profound consequences, both for ETFs as vehicles and the underlying instruments, in this case emerging market debt.” Trow warns.

Concerns about investor confidence are echoed by Alain-Nsiona Defise, Pictet Asset Management’s head of emerging corporates. He believes that risks are heavily concentrated in a limited number of markets and that the emerging market debt universe has become more resilient overall.

He also warns of the subjective element of investor perception. “By far the easiest way for Turkey’s woes to spread to other markets is via a shift in  market sentiment,” Defise says. “There is always the temptation among investors to lump emerging nations together and dump their holdings wholesale at the first signs of trouble.” This could be a mistake. Emerging markets are not a single entity, but a group of independent economies, he warns.

Overall, the lack of confidence in the liquidity of EM debt appears to be linked to broader concerns about effects of unconventional monetary policies on global bond markets, leaving fixed income investors with few spaces to hide. “A lot of market liquidity is simply based on perception,” he adds. “It is about having the confidence that markets will improve, but it could just take one big redemption of a lone fund to turn this around.” 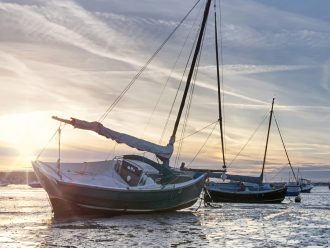 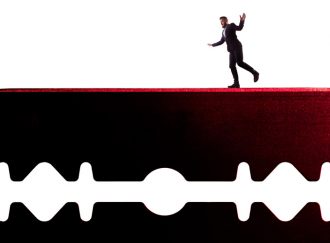 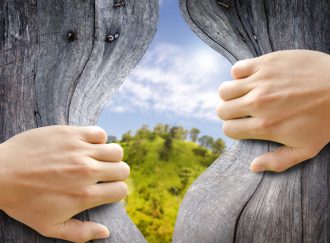