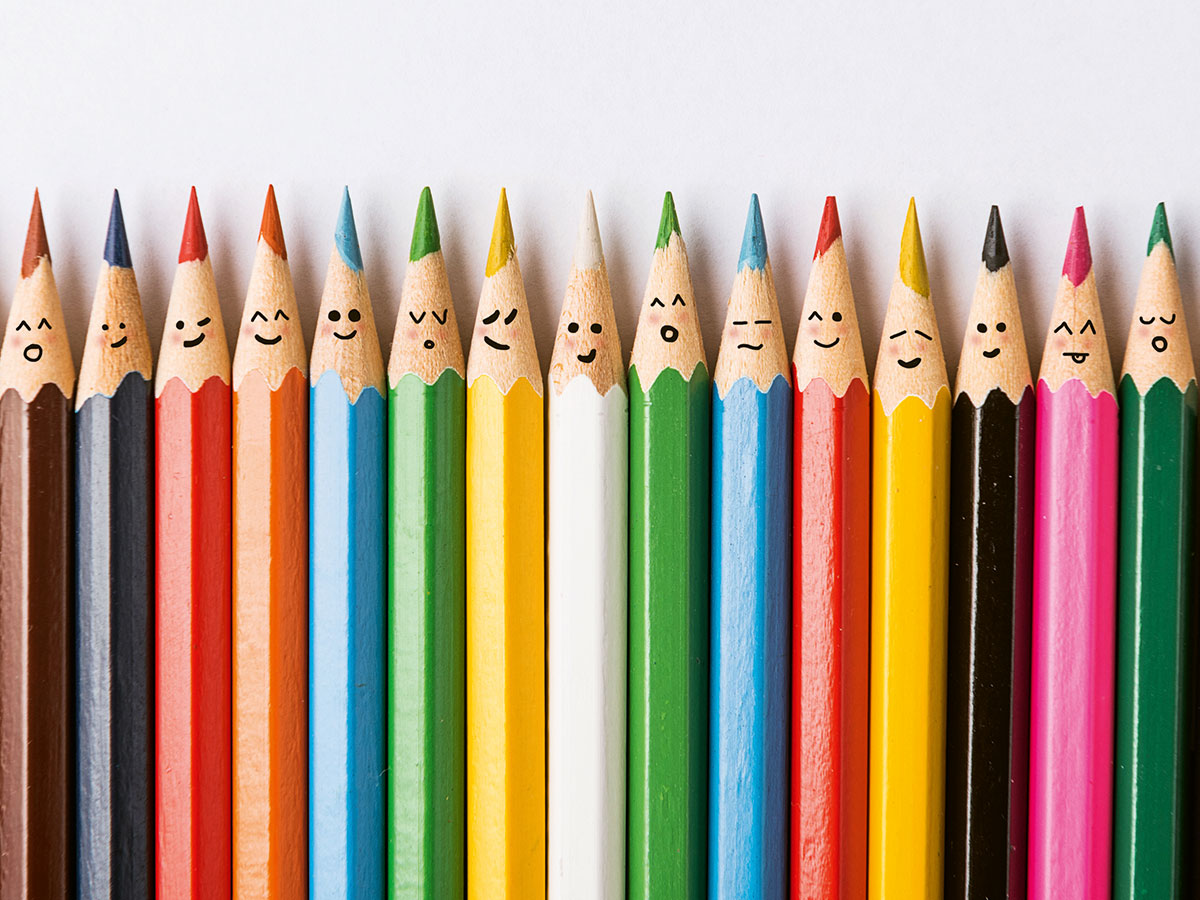 Do companies with diverse boardrooms outperform? Mark Dunne asks if diversity is the magic ingredient needed for success.

How times change. In the 1990s, those promoting racial diversity in the workplace spread the message that we are all the same, so don’t be afraid of giving someone a seat in your boardroom who looks different to you. Two decades later and people with the same political ideals are pushing a completely different message.

They say that employing people because they are different, whether it be racial, gender, social background, beliefs or age, is a strength. In fact, research suggests that companies with a greater mix of people from different backgrounds in the decision-making process could reduce risk and even generate superior returns.

Indeed, in one such study last year McKinsey, a consultancy, analysed more than 1,000 companies across 12 countries and found links between a diverse leadership team and financial performance. Its findings showed that those with a greater male/female mix in the boardroom have a 21% chance of producing above-advantage returns. The effect of having a greater cultural and ethnic mix at the executive level was even more impressive. Such companies are 33% more likely to outperform financially.

“The performance uplift may not continue at the same rate, but it is still going to be there,” says Lottie Meggitt, a responsible investment analyst at Newton Investment Management. “What company can turn down that kind of competitive advantage?” So, are the results of surveys like this enough to drive improvements in leadership diversity? Indeed, almost a third of people sitting in FTSE350 boardrooms are women, according to the 30% Club. This is up from 9.5% when the gender diversity pressure group was launched in 2010.

But while the corporate world has made progress when it comes to including women, it still has work to do in representing people of colour. Of the more than 1,000 directors working at the largest 100 companies trading on the London Stock Exchange last year only 84, around a mere 8.4%, were not white, according to the government-backed Parker Review.

This is moving in the wrong direction as 85 minorities held such a position a year earlier. So despite minorities making up 22% of university graduates, according to McKinsey, some of the largest companies listed in London do not have a single person of colour contributing to board meetings. There is a lot of work to do if the government is to reach its target of every FTSE100 constituent having at least one ethnic minority director by 2021.

Perhaps the leap in the number of female executives is the result of a group promoting the cause. Or maybe it’s down to companies looking to repair their image after the everyday sexism scandal highlighted by the #MeToo campaign.

Another factor could be that there is a wider pool to draw from. Three-quarters of British mothers of school-age children now have a job, up from two-thirds (66%) 19 years ago, according to the Office for National Statistics.

Perhaps the change of approach in promoting leadership diversity from “we are all the same” to “different is a benefit” was fuelled by the financial crisis. Terms like “herd mentality” and “group think” were thrown about as the consensus pointed to no one questioning a company’s strategy because those scrutinising the chief executive’s plan were all in his image and, therefore, think the same.

“People are scared of change; it makes them uncomfortable,” Meggitt says. “That is why diversity has always been low, because people want to hang out and work with people who look, sound and think like them.

“Think about the logic: a bunch of people sitting in a room, all thinking the same are not going to come up with innovative ideas or the best decision,” she adds. “If you invest in a company, would you want that board to not challenge each other and just sit there in agreement?”

A change at the top could be the most effective way of improving corporate cultures, but this has proved problematic. More women are part of the discussions into how companies are run than ever before, but the glass ceiling to the chief executive’s office is proving harder to crack.

The number of female chief executives has not grown at the same rate as those holding non-executive roles. Indeed, there are only 15 companies in the FTSE350 that are not led by men. Alison Rose’s move into the chief executive’s chair at Royal Bank of Scotland in early November is likely to provide a short-term bounce to the figure. News that Imperial Brands boss Alison Cooper is standing down and car auctioneer BCA Marketplace has agreed to be taken private means that soon there will be only be 13 female bosses leading the largest 350 listed companies in London – the same level as in 2009.

There has not been much progress since Marjorie Scardino became the first women to lead a FTSE100 business when she took charge of Financial Times publisher Pearson in 1997.

Yet minorities have found it easier to get the top job. In the FTSE350, 16 companies are led by people of colour, despite them holding fewer executive roles than women. Many of these companies are based outside the UK, such as UAE-based private healthcare company NMC (Prasanth Manghat), US cruise ship operator Carnival (Arnold Wayne Donald) and Mexican precious metals group Fresnillo (Octavio Ortega Alvidrez), which could help explain the mismatch.

LONG CLIMB TO THE TOP

The figures vary and with progress slow in some areas it appears that there is a lot of work to do. “The statistics have improved, but there are still some shocking ones, such as 20% of the 2,700 companies in the MSCI ACWI have all male boards,” Meggitt says.

She also points to there only being around 30 women in full-time executive roles in the FTSE250. “That is shocking. There is so much further to go.”

Meggitt is not getting hung up on such headline grabbing facts. “The stats are a snapshot of where it is now, but not where it is going. This is why corporate disclosure is important. It tells you what the company is doing to improve its culture.”

Policies on parental leave, people returning to work after a long absence and mentoring schemes are all positive signs for Newton. “Diversity and inclusion policies are a pretty good indicator of a strong corporate culture,” she says.

Strong policies are a good start but there are other factors to consider when it comes to improving corporate diversity. Meggitt names building the pipeline as the biggest issue. “If companies are doing this in the right way then in 10, 15, 20 years we are going to see a huge improvement in terms of women in the top ranks,” she says.

Newton has made diversity, especially when it comes to gender, one of its main ESG areas. It has even set a voting policy on increasing the number of women in the corporate decision-making process. The asset manager wants women to occupy 30% of boardroom seats, or what looks reasonable in businesses based in developing countries. To achieve this, it will vote against the chair’s re-election if it feels things are not moving in the right direction. The strategy appears to be working. “We have been doing this for 18 months and have already received anecdotal evidence of companies that have improved their boardroom diversity within that timeframe,” Meggitt says. “We feel that, by joining forces with a wide range of stakeholders calling for change, we can make a genuine difference.”

Also setting a 30% threshold for female directors is BNP Paribas Asset Management. From next year it will vote against the appointment of any male director if this threshold has not been met.

The asset manager has set this minimum target to make a greater impact. “Studies show that it makes a difference when you have at least two or three women in a working group on financial performance,” says Michael Herskovich, head of corporate governance in BNPP AM’s sustainability research team. “The rationale behind it is that it will be important for companies’ financial performance.”

Investors with a diverse leadership team on their checklist must be prepared to work hard. If they only focus on companies that have a mix of people in the boardroom it would limit their investable universe as whole industries, such as tech and mining, could be excluded. “There are not enough companies that are advanced enough for us to build an investable universe based on diversity,” says David Czupryna, head of ESG client portfolio management at Candriam. Unlike Newton and BNPP AM, Candriam does not have a strategy on diversity. It perceives it to be too narrow and would have to include working hours and employee turnover. “It needs to focus on human capital,” Czupryna says. “Companies that put their employees at the forefront of their strategy is where we see the most promising area of expansion in ESG.”

Investors need to remember that setting diversity targets is a relatively new policy for many corporates. Indeed, there is not much of a track record to judge the longterm results on, and institutions are typically long-term investors. “We do not have enough research to establish a strong case for historical performance,” Czupryna says. Yet Herskovich disagrees. He says that a five-year track record is enough to spot a positive outcome from a diverse leadership team. So this is an issue that divides investors.

There are other issues to consider. “There are a few strategies out there on gender specifically, but it is hard to make a case that these strategies can outperform long term because it is such a narrow factor,” Czupryna says. “If you have 30% of women at board level, would that outperform companies that have no women on the board? “People understand gender diversity but do not understand that on its own it is not enough. You need to look at diversity in its broadest sense,” he adds.

It is important to note that several other factors come in to play when assessing a company’s growth potential, so diversity should be considered part of a wider analysis and should not dominate it.

For Czupryna, there is more to diversity than just putting people of different backgrounds around a table. It does not necessarily mean that you are going to have a smarter board to control and guide the management team. “Diversity should not come at the cost of experience; it should reinforce the board’s experience,” he says.

Herskovich concludes that diversity is more effective when people from different backgrounds are included. “Gender is important, but an increase of overall diversity, be it expertise, international background and origin is also needed to create positive outcomes,” he adds.