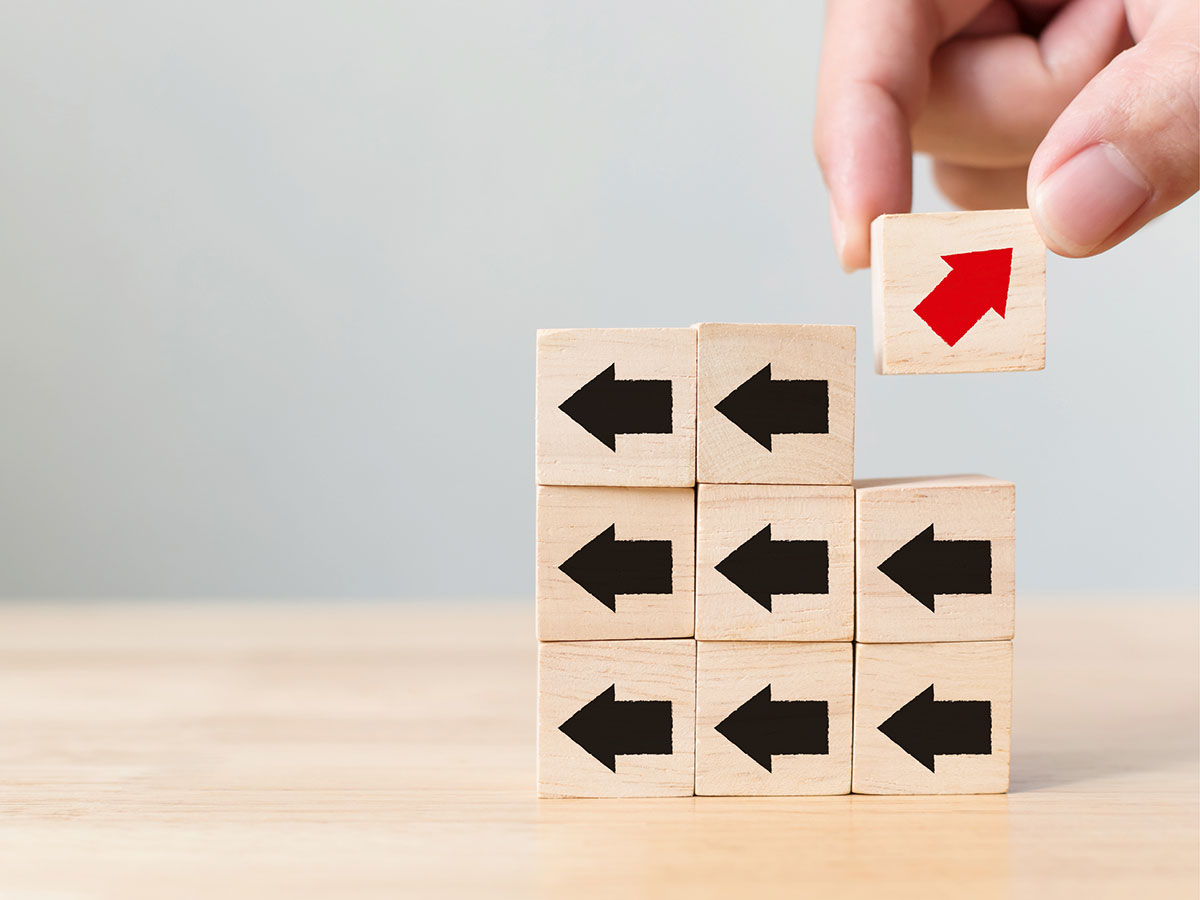 Value investing: Return of the underdog

Value stocks have underperformed for the past 10 years, but September saw a sudden rotation when they surged at the expense of momentum-driven stocks. Could value investing celebrate a comeback? Mona Dohle reports.

It has become rather quiet around Warren Buffet recently. The 89-year-old chair of Berkshire Hathaway has been celebrated by many stock pickers as a rock star of value investing. Entire quant funds have been launched in the attempt to replicate his approach of sourcing undervalued stocks. But in the past couple of years, Berkshire Hathaway’s funds have consistently underperformed the S&P 500, as value investors faced a challenging time. Amidst financial markets dominated by central bank engineering, risk averse investors have piled their money into momentum or growth orientated stocks. But this trend appeared to come to a sudden end in September. To the casual observer, it seemed like a rather unremarkable month for global equity markets. The MSCI World was stagnant at 0.21%. But underneath the surface a major shift took place: In the scope of just three days, momentum stocks plunged by 10% as investors piled their cash into value stocks. This is unusual, value stocks have faced a challenging time for at least a decade and investment in value is usually associated with investors sharing an upbeat outlook on economic growth. A shift on such a scale could have potential ramifications for the portfolios of long-term institutional investors.

Factor investing has become increasingly important for pension schemes. Examples include HSBC’s DC schemes, which has a factor investing fund as its equity default option and the BT Pension Scheme, which until recently had more than half of its listed equity portfolio invested in factor weighted strategies. While not all schemes are directly invested in factor funds, about 75% of DB schemes globally are employing one or more factors in their investment strategy, according to BlackRock’s Global DB Pensions Report. In other words, a factor perspective has increasingly shaped the way institutional investors analyse equity markets. A change in factor trends could potentially affect their equity portfolios. Should pension fund investors start to increase their exposure to value stocks?

Traditionally, value stocks are understood to be stocks that are not necessarily cheap but are trading at a lower price than their fundamentals, while momentum investors focus on stocks that displayed high returns in the recent past. These approaches to sourcing potential profits in equity investments are based on fundamental data which is unlikely to change in the short term. In the past couple of years, value stocks have consistently underperformed while investors crowded their money in already expensive momentum stocks. How does this definition of value investing explain the sudden shift?

The short answer is, it doesn’t. Looking back at the “momentum massacre” that took place in September, a consensus between equity analysts and investors emerged that the sudden turnaround had nothing to do with changing fundamentals and was instead a bet on bond markets.

September saw the US yield curve normalising. Having inverted earlier that month, the trajectory for US treasuries appeared to calm down with yields on 10-year treasuries being again higher than those of 2-year treasuries, helped by a Fed rate cut. For many equity investors, that was reason to be more bullish.

Wyn Francis, deputy CIO at BT Pension Scheme, sees this as a key reason for the change in investor demand: “Going into mid-September, the yield curve steepened largely as a result in the move of 10 year rate, but the curve remained broadly flat/ inverted (and has been again bull flattening since mid-September.) Equity and bond investors most likely responded to similar information, in the context of heightened uncertainty around US monetary policy and economic growth.”

This view is also backed by Jan de Koning, portfolio manager Core Quant Equities at Robeco. “We have conducted extensive research into the behavior of the value factor given different interest rate scenarios since the financial crisis of 2008. We observe a positive correlation between the direction of interest rates and the performance of the value factor over the past 10 years. If rates rise, value tends to perform positively and when they decline value underperforms the market. Also, when the interest rate steepens, value does well, whereas if the curve flattens it tends to lag.”

But there are other factors complicating the picture, most importantly the performance of individual sectors in the value segment, who have contributed heavily to the tilt, as Thomas Stork, a specialist in equity manager research at Aon highlights: “There can be a couple of drivers for the trend, it is important to look at the sectors where value has congregated more recently. From conversations with managers, the most obvious sectors are financials autos, some areas in healthcare. What happened in Q3 is most pertinent for financials rather than energy. We saw a short rally in the financial sector while we saw geopolitical tensions in Saudi Arabia and a bump in energy prices so some of the energy stocks did well, those are the kind of sectors and stocks you would see in a value portfolio so for that reason value has done quite well.”

He also acknowledges that the reasons for the momentum sell-off are a bit harder to identify. “There is certainly a technical aspect to it. Growth and momentum factors have obviously done quite well but the bump in value stocks has put a technical selling pressure on the momentum side. Based on the conversations I had with quant managers, it is important not to overstate the extent of the rotation. Yes, value did well at the start of September but it is still very much an underperforming factor and the extent of the sell-off in momentum has not been huge. So looking at the overall performance in Q3, momentum isn’t a standout underperformer because it did so well in July and August.”

But there is also another side to the sectoral argument. Advocates of value investing argue that the current underperformance of value stocks bears resemblance to the period of the tech bubble in the 1990s. Andrew Dyson, CEO at quant firm QMA, believes the recent turnaround is indicative of investors losing faith in overpriced growth stocks.

“The value environment is extreme, but it is not unique. We have every reason to believe that outperformance will follow. After the tech bubble and the GFC, corrections to value more than eclipsed their prior losses.”

Academic research also points to structural factors which explain the long-term demise of value stocks. One important aspect is the growing importance of investments in intangible assets such as R&D, branding or business processes for the traditional value sectors, according to an article by Baruch Lev and Anup Srivastarva. The researchers point out that intangible assets have become an increasingly important factor to the gross value added, but these investments have not been factored in to their book values, making firms appear to be overvalued. These accounting mismeasurements have made it harder for value investors to source potential investments, the authors argue.

But these longer term trends fall short in explaining why the demand for factors shifted so suddenly. One potential explanation for the sudden movement might be the impact of high frequency trading.

Damian Handzy, chief commercial officer at Style Analytics, believes that it could have played a role. “Algorithmic trading strategies, like those used in high frequency trading, take advantage of mean reversion and momentum. This combination can exacerbate dramatic market movements by pumping momentum gains and then suddenly reversing course – driving markets in the opposite direction back to the mean. This new phenomenon poses a threat to factor-based investing because it has the potential to disrupt established relationships and undercut fundamentals.”

BT’s Wyn Francis also backs this view. “The sharp nature of the reversal does suggest that quantitative strategies played a role, especially in the crowded momentum stocks,” he argues. But de Koning dissagrees. “High frequency trading has been around for many years so we doubt that these trading strategies accelerated the performance of value and momentum factors early September. Also, we have been involved in factor-based investing for more than 25 years and the sudden strong performance of value, momentum or quality factors have occurred many times in the past, so the influence of high frequency trading might be a bit overstated.”

Thomas Stork also disagrees that the sudden shift could be caused by high frequency trading as such but acknowledges that passive investing more broadly, rather than just factor investing specifically, may have contributed to investments concentrating in some sectors of global equity markets. A consequence of the rising awareness of factor investing is that firms are increasingly being analysed in a factor framework, Stork highlights. “Think about the reclassification of some of the IT names into communication services. That in itself changes the narrative, even though the companies haven’t changed their performance profile.”

The growing impact of passive investing is also a concern for Francis. BT Pension Scheme, which manages more than £50bn, has recently reduced its exposure to factorbased investment strategies to 34%, compared to more than half of its equity portfolio last year. Instead, it now aims to focus actively-managed equity strategies. Francis predicts that the flow of assets into passive and factor strategies has now created market inefficiencies and opportunities for active managers. He also highlights that technological change could potentially create significant risks for strategies which are constructed on a backward looking basis. ESG is another concern for the pension scheme. “We find certain factor strategies, such as value, negatively impacting ESG scores and carbon intensity,” he adds.

THE IMPORTANCE OF DIVERSIFICATION

While investors appear divided on what caused the sudden change in factors, most believe it is yet too early to celebrate the comeback of factor investing. Wyn Francis believes that given the environment of lower economic growth, investors are willing to pay a premium for growth stocks, a trend which has been reinforced by robust earnings growth. While he believes the economic outlook is likely to remain mute and interest rates will remain low, more muted earnings growth could potentially trigger growing demand for value.

Two key lessons emerge for investors from the recent rotation, one is to avoid trying to time the market with factor strategies, the other is to maintain a diversified portfolio which includes multiple factors. For Andrew Peach, principal consultant at Aon, this is a key message for investors to take home. “We think that the most sensible way to work around that is to have a diversified multi-factor exposure, something that delivers attractive risk adjusted returns through the entire market cycle.”

De Koning adds to that: “The sudden shift between value and momentum just underpins the importance of on the one hand not actively engaging in factor timing, the selection of and trading between different factors.

“It also demonstrates the importance of diversification over multiple proven factors as it is difficult to forecast when and how strong certain factors will perform in the future.” 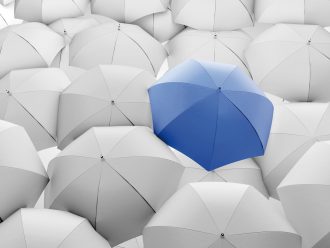 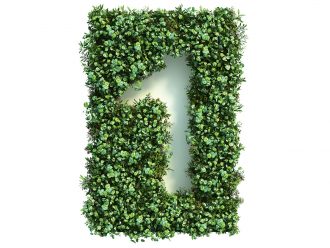 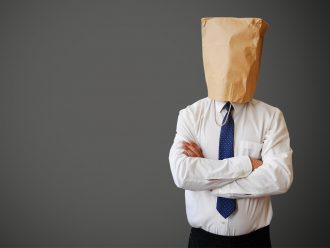