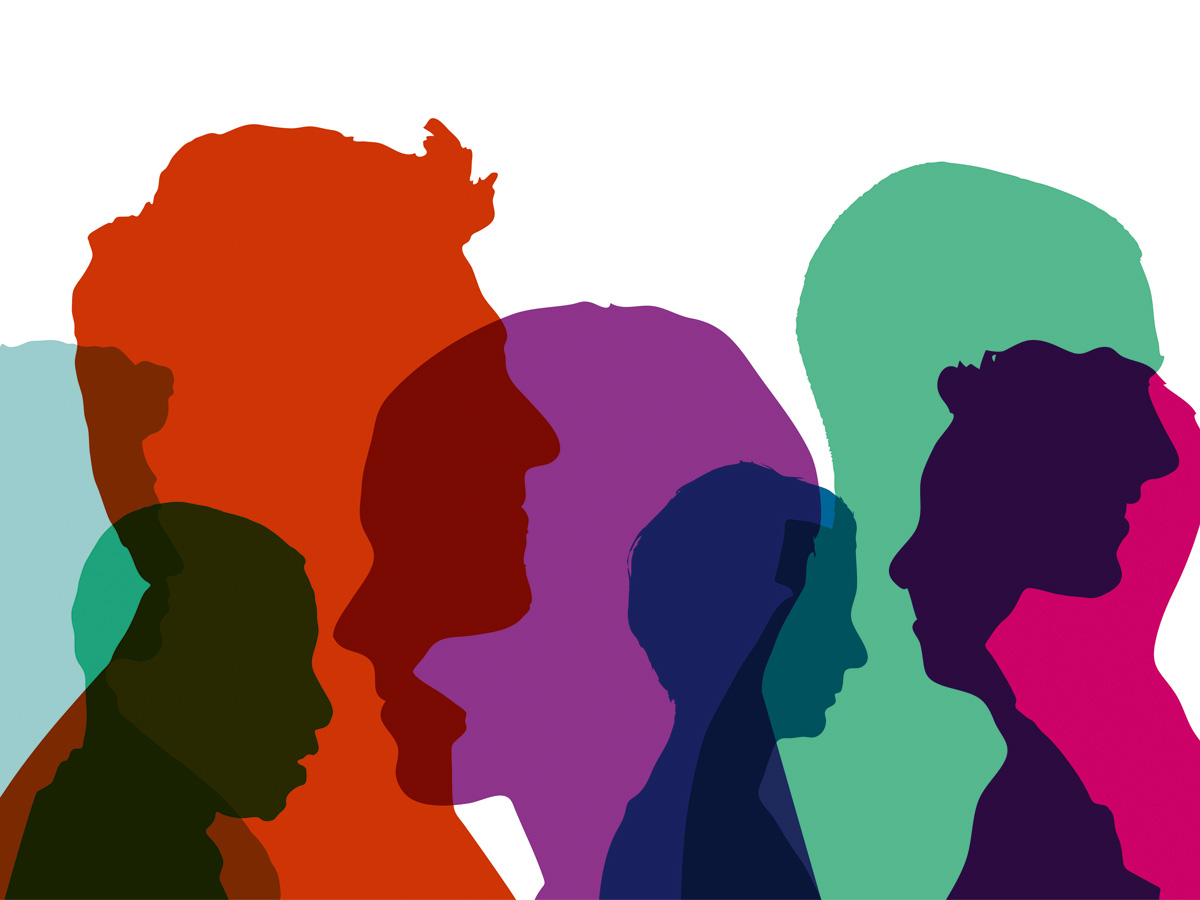 The merits of leadership teams drawn from different backgrounds is well documented, but does the evidence stack up? Elizabeth Pfeuti takes a look.

After being overlooked for many decades, the topic of diversity and inclusion has arrived in the asset management sector with a bang.

In 2016, trade body the Investment Association launched its Diversity Project to push the issue up the industry’s agenda. It initially focused on the gender imbalance within the higher ranks. Then two years later, its #Talkaboutblack initiative began tackling the thorny subject of ethnicity in the investment sector. LGBT+ issues are also on the list that need addressing.

Let’s be clear, many of these asset management companies are not changing their decades-long operational make up due to a sense of civic duty. There is increasing evidence that diverse teams produce better results. After a decade of losing market share to passive investment vehicles, active managers need all the boost they can get. Research cited in the US Proceedings of the National Academy of Sciences journal in 2014 tested two groups of traders to see how accurately they priced stocks after looking at the fundamentals of their associated business. It found that the more diverse group of traders had a greater than 50% probability of setting accurate prices than a homogenous group. Additionally, overpricing was higher and traders’ errors more correlated by the homogenous group than their more diverse counterparts. More generally, a study by McKinsey in 2014, which was repeated with similar results three years later, found companies with ethnic and cultural diversity, had around a 35% likelihood of outperformance on an EBIT margin.

This is not lost on asset management chief executives, who have seen their margins squeezed dramatically over the past 10 years. PwC, which has done considerable work on this topic, found in 2018 that 85% of financial services chief executives see promoting diversity and inclusion as a priority.

Purna Bhudia, head of credit at the Pension Protection Fund (PPF), says that the asset management industry had been “operating in a stereotypical environment for decades”. “It has been shocking,” she adds. “People look to recruit in their own image and in asset management in particular, we are very behind the curve.”

Bhudia sees change coming to the sector, however, through a shift of focusing on star managers to teams.

A watershed study by Katherine Williams Phillips of Columbia University and Charles O’Reilly of Stanford University in 1998 examined people working in teams of two to five. They found their collective intelligence rose with the number of women in the group. This, they considered, might be due to women’s higher performance on tasks requiring social sensitivity.

More recent research from Credit Suisse also found greater team diversity can lead to better performance. The Swiss bank concluded this was not necessarily due to the performance of the minority individuals, but that majority group improved its own performance in response to working with new people.

Evalinde Eelens sits on the board of three Dutch pension funds and has previously been investment manager at Mars’ pension schemes in EMEA.

She has seen how boards reflect the wider financial industry and has made it her mission to force change.

“In the investment industry there are lots of middle-aged white men,” Eelens says. “This is the same for many industries, as it goes back through the history of the workforce. This is not just common in finance, but in most quantitatively based fields there are more men than women.”

This is due to the value of the qualitative input, usually a strength possessed by women, being under-estimated, according to Eelens, meaning they have often shied away from the sector.

In the UK, the number of male trustees attending this year’s Pensions and Lifetime Savings Association (PLSA) investment conference was triple the number of women in attendance, according to the delegate list.

The PLSA itself, which has more than 1,300 pension fund members, launched the Breaking the Mirror Image campaign in spring 2017, saying that trustee boards in the UK were 83% male, with just 3% under the age of 40.

The PLSA said it wanted to rebalance this to reflect wider society and to avoid the “group think” that it believes leads to bad decisions.

The campaign kicked off a series of initiatives and research the PLSA has been doing into rebalancing this number.

It is important, that while asset managers have a bottom line to consider, it follows that those responsible for allocating the mandates are making the same efforts towards change. While many schemes are regaining their funding level after the crisis, there are plenty that still have a lot of catching up to do.

In the Netherlands (at least), after more than 10 years in pensions, Eelens sees a light at the end of the tunnel, with more emphasis on behavioural finance and new ways of thinking about investing.

Dutch regulation has also pushed for diversity among decision makers and has helped introduce new ideas to pension fund boards and investment committees. The Dutch National Bank requires boards to have at least one woman, someone under 40 and a non-native – Eelens, Belgian by birth, covers all three.

It is more likely that five people with the same background are going to have a similar point of view and if everyone agrees on something before receiving additional insight, the decision it unlikely to be the best, according to Eelens.

“This is true of investment and anything else,” she adds.

Bhudia, who has worked in firms that have seen diversity as key to investment performance, rather than a mission to be accomplished, agreed.

“If you don’t have five different points of view, there are at least four things you miss,” she says. “Why would you not want the broadest possible neural network working together on an investment decision?” For Roger Cooper, head of trusteeship at Pi Partners, finding a broad mix is essential for a pension fund board.

“It is important to talk about diversity on a trustee board,” Cooper says. “Diversity of skills gives balance to a team, which is important when dealing with investment and governance, with challenge being a key component for effective investment decision making.”

Eelens relishes this opportunity to challenge.

“I consciously try to disagree when there is immediate broad agreement as it scares me,” she says. “I have been in meetings where we spend four hours working on one thing, then agree to the next thing immediately and I will challenge it in almost every instance.”

For her, this challenge comes from the need to look from a different point of view, “playing devil’s advocate, not just being a 38-year-old woman”.

“There is a countervailing power that comes with diversity,” Eelens says.

For her, a significant risk arises as most people are in the mainstream, so it is difficult for them to think outside the box.

“Because I’ve been divorced, it is important to me to ask a question about how a decision we make will impact divorced people,” she says. “Because I’m not from the Netherlands, I ask about what our decisions might mean to others like me. Most people on the board do not have those qualities.”

A VERY PARTICULAR SET OF SKILLS

For Cooper, who has been in the pensions sector for more than 35 years, it is clear there is more to diversity once you lift the lid.

“Diversity is not just about general appearance; it is about the skills,” Cooper says. “In any team you need a diverse range of skills. Boards need to be more diverse, but the focus has to be on skill-sets rather than this being a box-ticking exercise to achieve diversity in terms of age, beliefs and gender.”

Cooper, who has been the chair of trustees for several large UK companies, says that boards should carry out regular self-assessments of skills. It allows them to see where there are gaps in knowledge, experience and capability.

“Unlike the board of a business, a trustee board may have less control as to the composition of their board so, for example, the nomination and selection process for member nominated trustees should aim to identify candidates that are best suited to the role of a trustee,” he says.

This is not an easy task. Today’s trustee must get to grips with the complexities of new asset classes, while having the confidence to set key performance indicators for investment consultants and ask them tough questions – and the pool of available and willing candidates in defined benefit (DB) schemes is shrinking.

The next challenge is creating a board that can effectively manage the trials and tribulations associated with defined contribution (DC), something which is going to be key to engaging colleagues with saving and planning for their future – and setting an investment strategy to get there.

“For DC, the members bear the risks associated with their retirement savings so gaining access to the perspective of the membership suggests that younger members should be part of the trustee team,” Cooper says.

Diversity of age is something the pension industry has not yet had to grapple with, but it is going to be vital if boards are going to get new members comfortable about saving for their retirement.

“If we can get the education of what the trustee does to the workforce right, there should be more people engaged, meaning they are more representative of the membership and the intention becomes self-fulfilling,” Cooper says. “This means we end up with a more diverse and effective board.”

For Bhudia at the PPF, understanding the world from many different points of view, including age, also helps investors keep up with latest trends.

“The world is changing so fast,” she says. “Investment is not just about numbers. It is about how people are behaving and politics and different points of view. One person cannot see the world from all these different points of view and even if you invest in one asset class, in one currency, it will be moved by global impacts.”

Humility is a key aspect for an investor who has more than their own assets to consider, she adds.

“Managers need to be humble and realise that we do not have all the answers,” Bhudia says. “We need to recognise that there are gaps and build out a team that fills them with a diverse range of people with differing views and thought processes.”

Eelens goes one step further: “I actually like it when someone can change my mind with a convincing rationale and argument that made me think differently about something. Everyone should be open to it.” 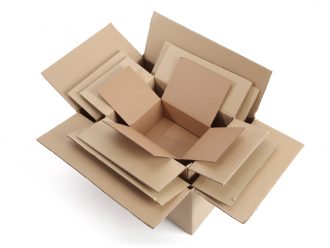 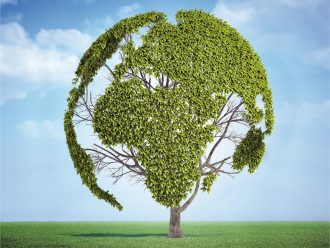 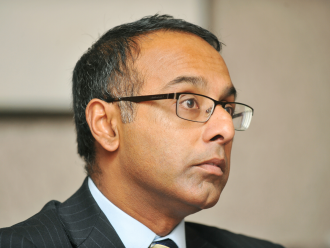