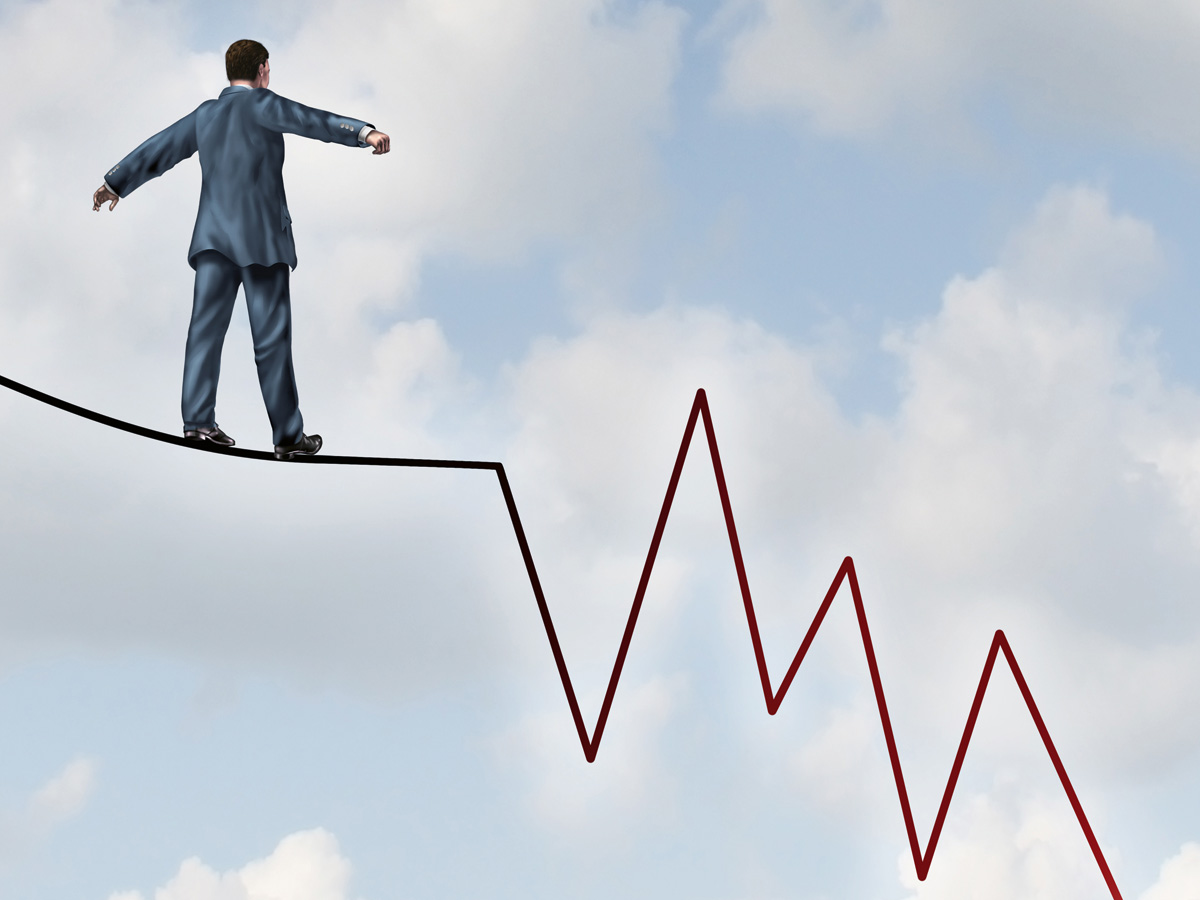 Amidst the Brexit crisis, the pound has slumped to a 34-year low. The devaluation is painful for consumers and businesses reliant on imports, but offers opportunities for pension schemes to cash in on favourable exchange rates. Tim Büttner and Mona Dohle report.

Britain’s perilous journey out of the European Union (EU) has so far been lucrative for Jacob Rees-Mogg. The leader of the House of Commons and prominent Brexiteer stands accused of “banking on Brexit”. Somerset Capital Management, the emerging market investment firm he co-founded, has benefited from the falling pound, which has boosted profits for US dollar-denominated emerging market funds.

The MP for North East Somerset has since resigned from his advisory role at Somerset to comply with the Ministerial Code, which aims to prevent financial conflicts of interest. Yet he retains a 15% stake in the investment firm and is now in line for a £1m bonus. Ironically, prominent remain campaigner Gina Miller could also be accused of profiting from the falling pound. Her similarly named investment firm SCM Direct is also exposed to US dollar-denominated investment funds, whose returns will receive a boost from the falling pound.

Most institutional investors in the UK, who have reaped the rewards of the growing internationalisation of their portfolios, have probably recorded the same benefit. By the middle of this year, institutional investors in the UK had 15% of their portfolio invested in non-domestic equities, which is more than double their allocation to UK stocks, which trail far behind at 6%, according to Mercer’s latest asset allocation survey.

Returns from investments in foreign currencies increase in value thanks to a weaker pound. For example, while the S&P 500 has returned 48.2% in US dollar terms since July 2016, it has returned 61.8% in sterling terms, according to Quilter Investors. Even sectors which produced a loss in US dollars, such as local currency emerging market stocks which reported a -6.68% decline in the past year, booked a positive return in sterling terms of around 3%, Quilter Investors’ research shows.

Despite the growing volatility in forex markets, institutional investors in the UK remain cautious to adopt the strategy. While the majority have hedged at least half of their foreign equity exposure against currency risks, more than a third of investors have not sought to protect themselves from the exchange rate risk they are carrying, according to Mercer.

As investment portfolios are becoming increasingly international, efficient execution mechanisms are needed to prevent unnecessary transaction costs. And there is still a lot of room for improvement, according to Andrew Woolmer, chief executive of forex data provider New Change FX. He argues that despite growing trading volumes, FX continues to hold a subordinate role in portfolios. “Forex cash-flows are considered to be a back-office function, rather than a key factor in determining costs and as an asset to be sold in the marketplace,” Woolmer says. “Banks, traders and brokers spend millions to ensure that they profit from this negligence.”

To make his point, he uses the theoretical example of a bank’s balance sheet showing that 20% of its profits are based on forex transactions. “These profits are rarely a result of taking trading risk, but rather come directly from the pockets of the unaware” Woolmer says.

These “pockets of the unaware” belong to the investors who, either in the absence of detailed data on transaction costs or due to a lack of understanding, end up paying the costs of poor currency management, according to Woolmer, who adds that variation in pricing levels can be significant.

“Although Mifid II creates a certain degree of transparency, it does not explicitly require a transaction cost analysis, which obscures the problem,” he adds.

The falling pound has flipped around the traditional understanding of currency risk, which focussed on the adverse effects of a fall in foreign currencies. Instead, investors are increasingly looking at the opportunities currency movements might offer. So far, the most popular strategy to fend of exchange rate risks is a passive currency hedge where investors hedge a set percentage of currency risk in their portfolio, regardless of changes to currency markets. One scheme which has pursued this strategy since 2006 is the National Grid Pension Scheme, which manages its exchange rate risks on foreign investments by maintaining cross-currency swaps and foreign exchange forwards to offset any changes in currency movements. However, while the strategy offers the merits of cutting costs and reducing uncertainty, it also means that the scheme is giving up on the short-term rewards brought by the falling pound.

The key difference between active and passive currency management is essentially the level of flexibility to adjust hedging levels, with active hedging strategies responding more dynamically to market movements. Nevertheless, there are also significant similarities. In both cases, the added value lies in pooling the administrative services with a single external provider, which allows investors to cut back on transaction costs whilst benefiting from a netting effect and lower collateral costs.

So a passive currency hedge does have its merits, according to Achim Walde, senior currency manager at German private bank Metzler, who estimates that investors could save up to 50 basis points by hedging their currency risks passively.

But demand for more active approaches to currency management is growing. Advisory firm Bfinance identified three trends which drive growing demand for active currency hedging. There is first the transition towards a “two speed world” characterised by the stark divergence in interest rates between Europe and the US. A second factor is the increasing frequency of geopolitical events which lead to higher levels of forex volatility. A third factor is the growing awareness of forex cost, partly due to the introduction of Mifid II. Growing volatility as a result of Brexit might be a case in point. For Mark Hedges, chief investment officer of the Nationwide Pension Fund, now might be an opportune time to cash in on some of the gains. “We could probably do some hedging on a macro level, one of the strategies we are currently looking into is locking in some of the value of the translation risk.

“We have about $600m to $700m in our portfolio, a 10% fall in sterling increases that by $70m (£56.7m), so it starts to become appreciable to hedge that by overlaying our strategy with some currency forwards,” Hedges says.

Yet he is also acutely aware of the risks that come with such an approach. “If you do that, you end up losing out on further falls,” he adds. “So whenever you overlay the strategy with currency forwards you are essentially forming a view that sterling is underpriced, but you don’t know how long it will be under-priced for.”

Bac Van Luu, head of currency and fixed income strategy at Russell Investments, holds a similar view. “With sterling trading at historically low levels vis-à-vis the US dollar, now is a good time for UK investors to assess the impact that currency exposures have on their portfolio risks.

“Investors that have so far been currency unhedged and therefore benefitted from the strength of the US dollar may consider hedging now to lock in these gains,” he adds. “Leaving currency risk unmanaged is not the best long-term choice, in our view.” Catherine Doyle, investment specialist in the real return team at Newton Investment Management, says that while each approach has its merits, given the uncertainty of any Brexit outcome, caution might be in order. “The decision to hedge depends on an assessment of the magnitude of the risk,” she adds. “Brexit is likely to be binary in outcome and a case can be made for an outsized move in either direction. It is, however, impossible to call and in our real return strategy we have adopted a neutral stance vis-à-vis our sterling exposure.”

Passive currency hedging is generally used when the preference is not to take a view and it removes the need to take active management decisions. However, we think active management of currency can be a valuable tool and we have used it in the past to our advantage to express a strong view. In this instance, there is so little visibility as to the outcome of Brexit that we have chosen to have minimal floating currency exposure,” she adds.

Regardless of which form of currency hedging investors pursue, liquidity is always a factor they should keep in mind, Woolmer warns. “With a total daily volume of $2.35trn (£1.8trn), as reported in the BIS 2016 data, many think of a liquid market. In fact, liquidity is much lower when you consider that this sum is spread across many different currency pairs.

“According to BIS 2016 figures, the average available liquidity of the most traded currency pair, dollar-euro, at the most frequently traded time was just $14.4m (£11.5m) per second across the entire FX market,” he adds. “Many asset managers underestimate the market impact they can already have with a mid-sized transaction.” One way to avoid a spike in transaction costs is to split larger volume trading deals into several smaller transactions. One example which illustrates how quickly the liquidity levels could erode is the pound flash crash in 2016. During October of that year, the pound suddenly dropped 10% compared to the previous trading day in the course of just a few minutes.

One factor behind such sudden market movements is the changing nature of liquidity providers as a result of banking regulation introduced in the aftermath of the 2008 crisis, Metzler’s Achim Walde says.

Traditional risk takers such as banks have withdrawn from the market by passing on challenging trading positions, which does not help liquidity levels. The decisive factor is who remains willing to take the trading risks onto their books and hold the counter position, the so-called internalisation process. Moreover, large sections of the currency market are still being traded over the counter, Walde says. One consequence of banks retreating from the forex market is the emergence of new market participants. “Clients have to face the fact that the best prices might not necessarily come from a bank, but a non-bank liquidity provider,” New Chance FX’s Woolmer says.

Indeed, the top 20 forex trading firms in 2018 included four organisations which were not banks but they hold a combined market share of 14%, according to a FX survey in 2018.

High frequency FX trading firms such as XTX Markets or Virtu Financial pride themselves for never being in the red and attribute this to their advanced technology and risk management. A more fundamental reason for their strong performance might be that these non-bank liquidity providers hold their positions only for a short time and do not take the risks onto their own books. In a more turbulent market environment, calling these trading firms to find a counterpart for a FX position might not be worthwhile. 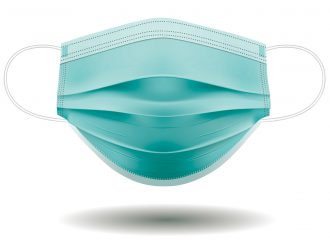