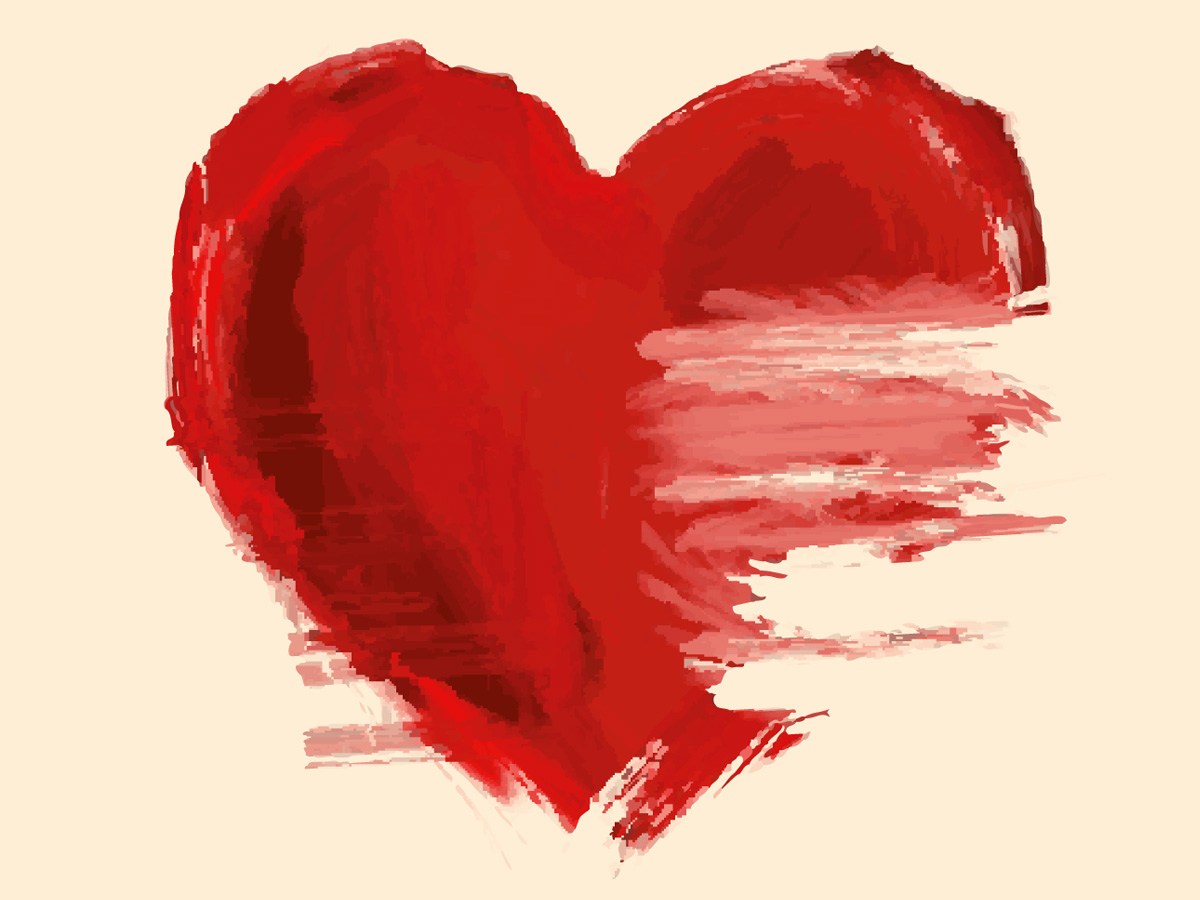 Nothing lasts forever, or at least nothing stays the same, and after a decades-long love affair, institutional investors and public equities have come to a crossroads.

Over the past 12 months, the allocation made to equities by UK defined benefit (DB) pension funds shrank at its most rapid annual rate in more than 15 years, according to Mercer’s 2019 Asset Allocation Survey. A 5% reduction was higher than even the 4% move between the crisis years of 2008 and 2009.

Today, UK DB pensions allocate 20% on average to equities, with just 6% destined for the London Stock Exchange. In 2003, the total allocation was 68%.

Within Europe, UK investors are not alone. The average allocation among the largest pension fund investing countries is in 2019 just 25%.

After the longest equity bull run on record – still going at the time of going to press – this might initially seem counterintuitive, but equities have been partially the architect of their own downfall.

BE CAREFUL WHAT YOU WISH FOR

After crashing in 2008 and putting a huge hole in pension funding levels, a stellar performance over the past decade – a 301% cumulative return in the 15 years to the end of June 2019 by the MSCI All World Index – helped get them back across the line. Funding level challenges and increasing scheme maturity are the number one factor in the shift, according to Nigel Hill, an independent trustee at Pi Pension Trustees.

“A lot more boards are discussing risk assessment and management rather than blasting for the stars with their investment performance,” he says.

This maturity is also seeing funds turning cash-flow negative and switching to investments that produce a predictable income stream.

“Within this, there is a role for dividends, but there are other devices that produce the same results,” Hill says. “Fund managers are creating clever and complex products that produce equity-like returns but with much less risk, which are now available to even the smallest schemes. Once, these products, such as LDI, were the preserve of the largest funds.”

The Pensions Regulator has also had a hand in this switch, demanding trustees formulate long-term funding plans that cannot be blown off course by the whims of global stock markets.

“There has been a change in pension funds’ attitude to and measurement of risk,” Hill says. “They now have a clearer view of how much equities contribute to a portfolio’s overall risk budget.”

This clearer appreciation of risk has seen the way in which pensions approach their dwindling pool of equities, too.

“Over the last couple of years, we have constructed an equities portfolio by moving certain parts of the market into passive funds,” says Anders Svennesen, chief investment officer at Danica Pension & Danske Bank Asset Management.

The pension fund, which has around €45bn (£40.4bn) in total assets, gains exposure to large caps through passive funds, for example.

“We have fewer active managers than before, but the ones we retained are focused on specific areas, such as small cap and value, where it makes sense,” Svennesen says. “We also have an index-plus take on the equity portfolio, where we focus on sectors and regions and take on fewer companies. We take specific weights in different markets.”

The investment team burnt its fingers in the first quarter of 2018 as it had too much value in the portfolio and the active positions were not working. “We expected different correlations to what we ended up with. We took some tactical views on banks and the US – it performed badly,” Svennesen says. “We changed part of those strategies and now we have fewer active managers and are more focused on the index part of the portfolio.”

As an investor with a full-time, highly experienced team, Danica can employ a range of tactics to make its equities work harder than the average pension fund.

“We can dial up and down the risk in the equity portfolio according to how we see the market,” Svennesen says. “We can dial it up when the market falls due to something other than economic factors, and back down again when we see stocks performing in line with what we think is a fair price.”

Danica uses leverage and derivatives, including futures, to take advantage of volatility.

“It gives us the possibility to both take advantage and employ risk mitigation strategies – a type of insurance,” he says. “If it is cheap to buy, this strategy enables us to be more active. We can leverage up to be 110% exposed in some parts of the portfolio.”

In the Netherlands, PGGM, which invests the assets of the country’s second largest pension scheme among others, manages most of its equity holdings passively. This is due to the usual reasons investors have shifted from active management, according to Patrick Groenendijk, head of fiduciary advice in PGGM’s international business, namely disappointing performance and high fees.

“We have begun allocating on a factor basis, too,” he says. “It is interesting to see how poorly many quant managers have performed over the past two years. We have been told that the amount of data they use and how they analyse it is something to watch out for, but it has not really worked so far.”

As one of Europe’s largest investors, with around €211bn (£189.8bn) in client assets by the end of 2018, PGGM has taken the lead on sustainability – a theme that has filtered through into its substantial equity holding. “In this portfolio, we invest not just for the return but for the positive impact the company is making,” Groenendijk says.

PGGM has tens of billions of euros invested in equities – the precise number is different for each of its clients – and, for the moment at least, has no intention of moving out. “To improve funding ratios of pension schemes, we need exposure to the growth of the world economy and that comes through having equities in a portfolio,” Groenendijk says. “There is still growth to be had – for example in emerging markets and the US – we are not saying goodbye to the asset class.”

IT’S A SMALL(ER) WORLD AFTER ALL

But this world of equities is changing. Since the 2008 crisis, the number of companies listed on the London Stock Exchange has dropped almost 36%, according to the World Federation of Exchanges. In the US, the number has fallen 30%.

This is mainly due to new companies failing to come through to replace those that drop out through mergers, collapse or being taken private.

Hill at Pi recognises a change in how companies are raising capital.

“It is no longer just through equities, but private debt is increasingly important,” he says. “Trustees have to take a really dynamic approach to how they invest in companies, which is something they have never had to do.”

Groenendijk at PGGM has seen a shrinking roster of companies and fewer coming to market in their early growth phase, but for the moment is not worried about capacity to invest. “There are fewer equities than there used to be, but it is still a large market, even for a large investor like us,” he says. “We have also increased our allocation to private equities and markets. They make up 5% of our portfolio now.”

In the UK, the Royal Mail Pension Scheme employs a portable alpha strategy for some of its equity investments. For chief investment officer Ian McKnight, there might still be too many companies listed on public exchanges. “If you look at the S&P, or whichever large index you want, there is a small portion of zombie companies,” he says. “So, if you buy the market, you end up owning all this stuff, which is fine while the party goes on as it all rises at the same time. But when it all comes crashing down, you will see what is washed up on the rocks.”

Therefore, investors looking at equities need to make some fundamental decisions about where they want to be on the capital structure and how they foresee their investment working out.“When looking at a company, you need to know what growth is going to look like,” McKnight says. “How will it be priced into the movement of the stock? How will a company change its dividend policy – and what can an investor do about all of those?”

For McKnight, there are other opportunities to access the growth of the world economy including certain illiquid asset and fixed income – the trick is to spot them.

“There’s hundreds of millions worth of corporate debt that is offering investors a negatives yield,” McKnight says. “Additionally, there are companies that are hiding under an investment grade moniker but really offering junk bonds. So, it is not just as easy as selling out of equites and into bonds anymore.”

Groenendijk at PGGM agrees. “Are we at the end of a bull run in equities? We might be, but we could also be there in fixed income, where everyone is moving into, and private markets,” he says. “It’s not that clear that we should be exiting equities.”

PGGM does not do tactical asset allocation in the short term, “but we are watching the current trade wars as they are impacting earnings in many sectors”, Groenendijk says. “It is having the effect of capping earnings and preventing the market getting too high.”

(NOT SO) GREAT EXPECTATIONS

Watching the comparative performance of other asset classes, equities are no longer expensive, according to Svennesen, who looks at what the security is set to yield compared to its price. But in the long term, he thinks investors may have to temper their expectations around equities, as the recent past has caused a shift in their long-term performance. “With the declining interest rate, the risk premia is compressed, meaning it is harder to make alpha,” Svennesen says. “The potential for alpha is much less. We don’t expect the same performance from equities that we got 10 years ago – especially from developed markets.” Svennesen believes there might be markets where high alpha is obtainable, but the fees associated with finding it will also be high and eat into performance. “I do believe in alpha – despite holding so much in index funds – but it is simply going to be harder to find,” he says.

In the short term, however, all eyes are on the US and how its monetary and fiscal policy, along with associated trade wars, might ripple through every global market.

“We are due a recession and it might happen in the next two years—or not,” McKnight says. “But if it happens, investors will have to reassess their portfolios.”

With poor confidence in the ability of regulators to rescue markets for a second time, having used much of their firepower up in the crisis, pensions are advised to keep a watchful eye. The relationship is not over, but it is fundamentally changing and both sides need to adjust for it to last. 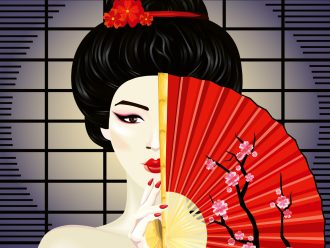 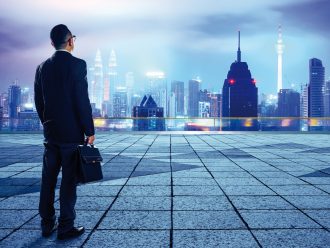 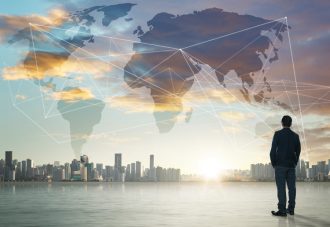