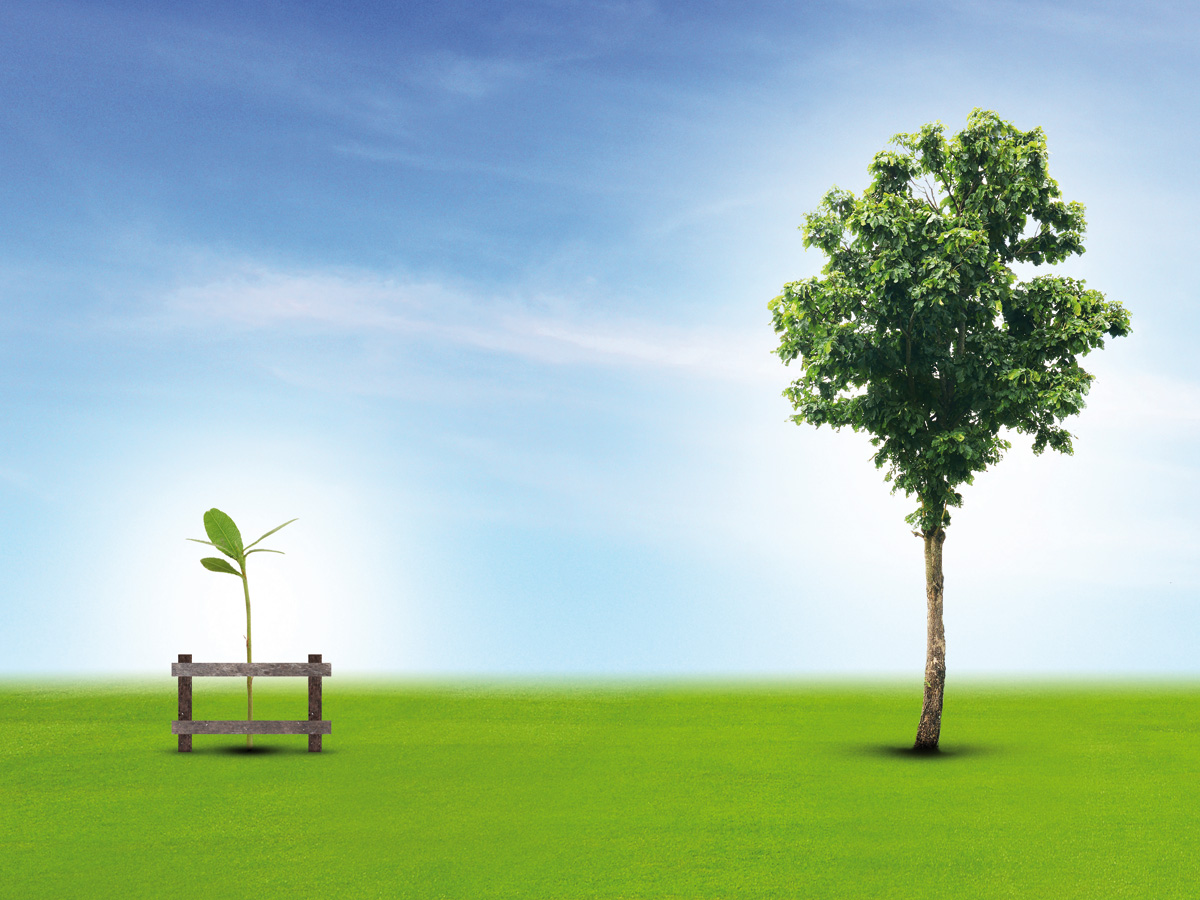 Could the sell-off linked to uncertainty over Coronavirus lure more pension schemes to developing nation debt?

Of all the asset classes into which investors sink their money the emerging markets possess the most romance. They tell stories of adventure and of goldrush fortunes being made during never-to-be-seen again windows of opportunity. All this building for a golden future is powered by debt. In our world of low interest rates and yields, the case for emerging market debt is being pushed hard to investors in the developed world. But it is not clear if that message is getting through.

Pension schemes, particularly those in the UK, tend to focus the fixed income slices of their portfolios on developed market investment-grade debt, according to Uday Patnaik, head of emerging market debt at Legal & General Investment Management.

Patnaik says that he has been trying to promote the virtues of developing world debt to his institutional clients, making it clear that pension schemes which do not look beyond bonds issued in North America and Western Europe are missing out on some great investment action.

He points to the higher yields of paper issued by emerging market sovereigns and corporates. Sovereign debt spreads issued in the developing world increased by close to 70 basis points to 373 by the end of February, according to the JPMorgan. Emerging Markets Bond Index, while corporate debt spreads shot up by 60 basis points to 297 against US treasuries.

The attractions of emerging market bonds could be described as the stuff of investor’s dreams. Chetan Ghosh, chief investment officer at Centrica Pension Schemes, says that the investment case for such debt is a simple story: high returns from countries with improving fundamentals and outlooks that makes others around the world envious.

Indeed, the IMF states that developing nations account for 60% of global GDP today, double the level in 1980. Before the Coronavirus crisis, emerging markets were projected to grow by 5.2% this year, up from 4.8% in 2019, while developed market growth was estimated to have fallen to 3.3% from 3.5% over the same period, according to the IMF.

You are typically looking at a lot of investment grade-type countries able to obtain yields at around the 6% level on average,” Ghosh says. “If the expectation is that these countries develop, grow and make it to developed status, their currencies should appreciate over time and that will give you an extra return kicker as well.”

Surrey Pension Fund is a scheme which does have emerging market bonds in its multi-asset credit portfolio. Neil Mason, the scheme’s chief executive, says has seen the growth that emerging debt brings to a portfolio. “It provides alpha, some additional yield in our credit portfolio,” he adds. The scheme’s exposure to emerging market debt has been stable in the past year and it is possible that it will increase its weighting over the coming year, Mason told portfolio institutional.

Centrica’s pension schemes also have exposure to emerging market bonds, with a direct allocation of about 7% to 8%, all of which is in local currency. The allocations could be larger. Ghosh adds that the schemes have some unconstrained bond managers that might also have mild allocations of the asset class within their wider portfolio and puts Centrica’s total allocation at around 8% to 9%.

“We are in the local currency universe and so if you think about the big participants in that you have players like Brazil, Russia, Chile, Mexico and South Africa,” Ghosh explains, adding: “It’s going to be predominately countries that are dominant in the underlying index. “You have much less of India and China than a lay person would intuitively associate with an emerging market mandate because their local market issuance isn’t as developed internally,” he adds.

Centrica’s asset allocation to emerging market debt has increased slightly in recent years for two reasons. First, because it was standing out as one of the more attractive asset classes in terms of expected returns, particularly compared with an equity market that was on an ever-increasing strong run, thus pushing down the expected returns from equities.

The other reason was because of the de-risking in its portfolio by selling its equity portfolio at the end of last year. The proceeds went into income-generating assets, thereby giving all its fixed income areas something of an upweighting as a result. But Ghosh thinks it unlikely that the scheme will significantly increase its exposure to emerging market debt, though it is monitoring opportunities arising as a result of the current sell off.

Yet British pension schemes’ attitudes to developing nation debt seems largely to be one of disinterest, with a good number failing to own any such bonds and thereby missing out on its benefits. Patnaik recalls a conference for pension fund investors that he spoke at last year on the impact emerging market debt could have for pension portfolios. “Virtually nobody in the room had any emerging market exposure,” he said.

One reason for the under-utilisation of such bonds in the pension fund universe is that it calls to mind two distinct images. On one side of the emerging debt coin is an alluring picture of opportunity and growth, but on the reverse side is an image of rackety states descending into civil disorder and defaulting on their loans. Emerging market debt’s image problem intensified in early March when Lebanon announced it would default on a $1.2bn (£1bn) eurobond amid a deepening economic crisis.

But Patnaik insists that viewing the asset class solely through the lens of its failures distorts its image. “When people think of emerging markets they automatically tend to think of the headlines on Argentina or Lebanon, the latest on Turkey and Erdogan but what they don’t realise is that it also encompasses countries like Peru, Mexico, Qatar and South Korea,” he adds.

Patnaik notes that the emerging market debt universe is a long and varied one and goes from AA countries like Abu Dhabi and Chile all the way down to selective defaults, such as by Venezuela, and everything else in between. “Part of it is that a lot of pension funds haven’t looked at the risk-adjusted cost of capital,” Patnaik adds.

“Look at the yield differential you get for emerging market investment grade versus developed market investment grade and the extra amount of capital and the return you’re getting. They just haven’t run the numbers. “We at LGIM, we have run those numbers and have sent that information to our clients saying that for the similar ratings, similar duration, well-diversified portfolio, we can give you a 50 to 75 basis point enhancement and that’s how we got a lot of interest,” he adds.

Lebanon is no longer alone in suffering from a sharp downturn as Coronovirus engulfs the globe, blasting all economies in its path. Emerging market sovereign debt and corporate bonds were buffeted by the storm. Spreads on the JPMorgan Emerging Markets Bond Index Global Diversified, which tracks sovereign emerging market debt, broadened by almost 70 basis points between February 18 and 28, while the JPMorgan Corporate Emerging Markets Bond Index Diversified, which tracks its corporate counterparts, widened by more than 60 basis points.

But that is not to say that emerging nation debt will be completely scarred by the crisis. Indeed, Daniel Wood and Luis Olguin, portfolio managers at investment bank William Blair, are optimistic about the asset class’ prospects. They believe changes in spreads make for a buying opportunity and stress attractive valuations, positive flows into emerging market debt and believe that global liquidity conditions will continue to drive asset prices. It is a bullish attitude which is shared by Patnaik who believes that emerging market paper will grow in popularity with pension schemes.

Patnaik is positive about interest in the asset class from British pension schemes. “We are working on several mandates but assuming this next few get done, we could easily see in the UK 20 mandates with pension funds,” he adds. The tremendous sell-off in assets as the virus left China and started sweeping across the globe has drawn institutional investors to the asset class. “It is important to remember that they have a long time-frame so if you can now access the same investment-grade credits at 150 to 200 basis points wider it is incredibly attractive,” Patnaik says.

Perhaps it is because market reactions to previous pandemics has been time-limited, fund managers retain an upbeat view of emerging market debt’s fortunes. Patnaik agrees there is a problem with developing nation debt yields but believes the entry point is enticing. He points out that notwithstanding the Coronavirus crisis, the yield-parched developed market conditions which made debt from issuers in the developing world an attractive proposition for pension schemes remain in place and are unlikely to change any time soon.

“You have investment-grade European bonds and investmentgrade US bonds, but the problem is with the developed market bonds, we are virtually at zero. If you go onto the 10-year part of the curve it’s negative or close enough to zero,” Patnaik says. “Could you imagine Germany with rates at 5% like the good old days? No. There’s too much debt. It is hard to imagine meaningful, sustained higher yields in the developed world,” he adds. There can be no way of knowing how long or how badly the Coronavirus crisis will last but the pension scheme and emerging market debt story clearly has some way yet to run. 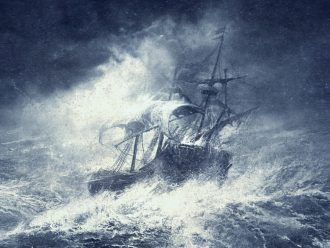 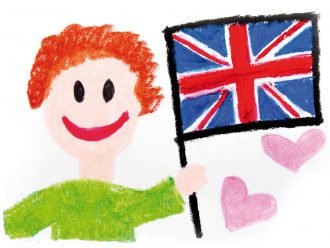 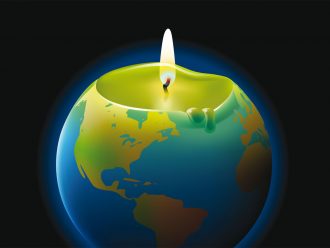