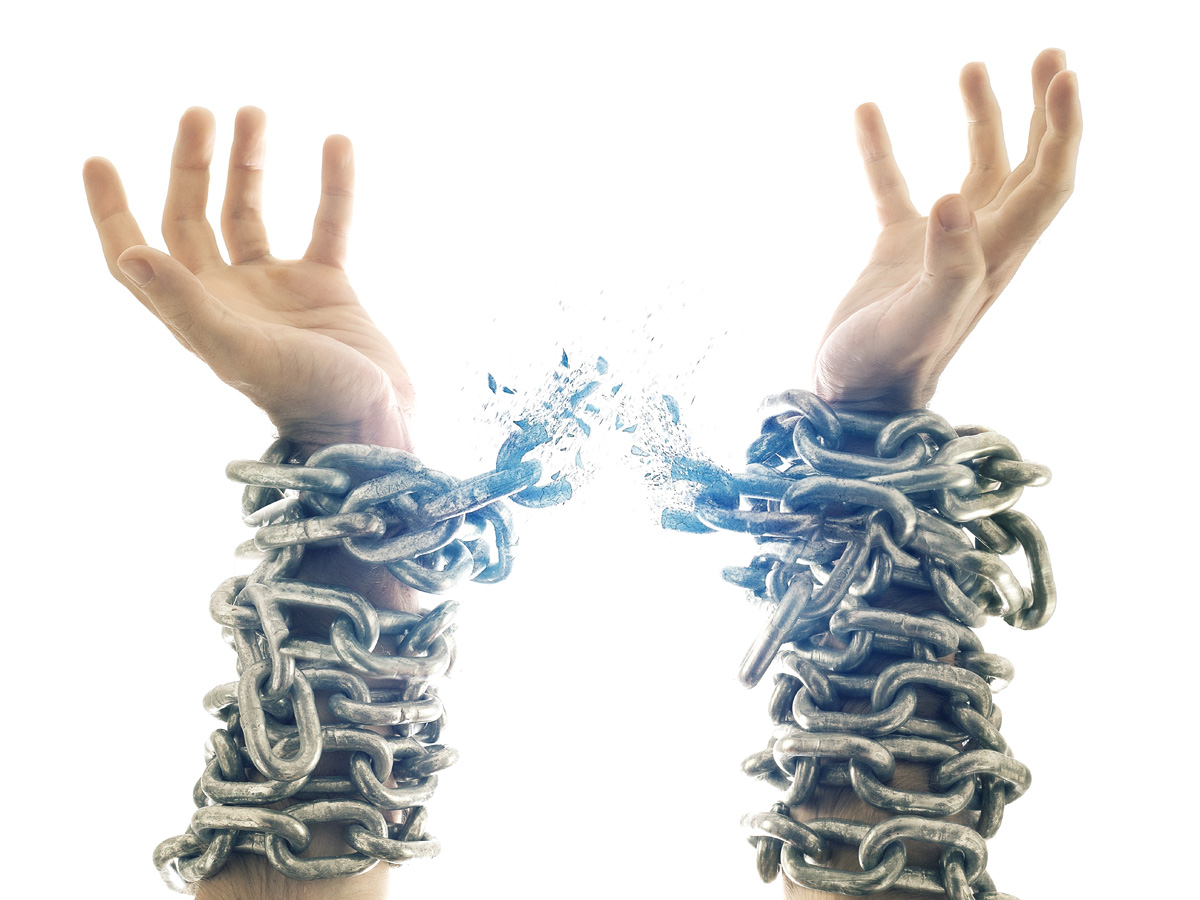 Bulk annuities: passing the buck or a win-win strategy? Mark Dunne finds out.

Longevity risk is not like other risks. Unlike market and investment risks, people living longer than expected is a risk without reward for pension schemes.

Yet longevity is an issue that comes as standard with defined benefit (DB) pension schemes. People living longer than ever before, despite the projected rate of growth easing in recent years, means sponsors must find more money to fund their former employees’ retirement. Even a slight change to the projections can make a big impact on the amount of cash trustees need to generate from their portfolio.

“Even a small six-month change can have a material impact on some of the large schemes,” he adds. “A 1% or 2% increase can be quite significant on a scheme’s funding position.”

So more and more sponsoring companies are shifting this risk off their balance sheet by transferring it to an insurer. The process falls under the banner of the bulk annuity market and takes two main forms.

A buyout involves a sponsor paying an insurer to take responsibility for paying the pensions of a proportion of a scheme’s members, while under the terms of a buyin, the sponsor retains the responsibility, but the insurer pays the pensions of those insured. “There has been a huge pick up in appetite from pension schemes to look at using insurance,” says Mike Edwards, a partner in the risk settlement team at Aon. Indeed, in 2019 around £40bn worth of bulk annuity transactions were disclosed by insurers, up from £24bn a year earlier, which at the time was a record. Risk settlements this year include the National Grid’s £2.8bn and £1.6bn buy-ins, Rolls Royce’s £4.6bn buy-in and the £4.7bn buyout for tech company Telent.

A third of FTSE100 companies have reduced longevity risk in their final salary pension schemes through the bulk annuity market, according to Aon. The 86 members of the index that have a final salary scheme account for £70bn worth of such de-risking deals.

Risk settlements are popular because everybody wins, says John Towner, head of origination at Legal & General Retirement Institutional. “It frees a company from its legacy obligation to what typically are past employees, therefore removing costs and risk from the balance sheet so it can focus on growing the business,” he adds.

Such agreements are also a good move for the trustees as it settles their obligations to their members, Towner says. It is also good for members as the responsibility to pay their benefits moves from the pension environment, which is lightly regulated, to the insurance industry.

“You get this kind of win-win-win across all the different stakeholders,” Towner says. “I have not met an FD who would not be interested in transferring responsibility for his or her pension legacy obligations to us.” One factor driving the rise in sponsors passing their pension obligations to insurers is that it is now within their reach. “Longevity improvements have tailed off, which has helped pricing,” says John Baines, Aon’s head of bulk annuities. “Add to that that scheme asset positions have had a strong performance over the past three to four years, and it has become more affordable.”

Pricing in the bulk annuity market is based on an insurer’s longevity assumptions and its ability to source strong assets that provide good yields. Insurers look to lay off its longevity risk with the global reinsurance market because many have big term insurance books, so they want UK longevity exposure to offset that risk.

The big global reinsurers are offering good terms for longevity reinsurance which insurers pass onto pension schemes when pricing buy-ins and buyouts. “That is one of the things that has systemically become a feature of the market that means pricing has improved significantly in the past few years,” Magudia says.

“It is more big systematic things as opposed to someone saying I want to write more business this year therefore I am going to have lower pricing,” he adds. “It is more fundamental than that.”

So it is a combination of an increased appetite, better reinsurance terms and insurers sourcing good assets. Sponsors are also under pressure. They are facing increasing questions on how they are tackling risk in their pension scheme. “A de-risking transaction is simple and demonstratable, so you can tell your investors you are doing something to tackle the problem, be it a buy-in, buyout or longevity swap [insurance against members living longer than expected], it is something that is tangible,” Baines says.

Yet it appears pricing was a huge factor in enticing schemes to the market in 2019 as they raced to beat potential price rises. The issue is that mortality growth is easing, and insurers are trying to work out if it is a long-term trend or a short-term occurrence.

In the UK, the mortality rate among those aged 65 and over fell by 3% a year between 2000 and 2011. “To be at 3% for 11 years is very, very high,” says Amy Kessler, senior vice president and head of longevity risk transfer at Prudential, pointing out that the historical average is between 1% and 3%.

This, Kessler says, is the result of medical innovations in the 1990s coming into effect, such as statins. Everyone who needed them had them by 2011, so they are no longer pushing longevity higher. The result is life expectancy only improved by 2.5% in the six years to 2018.

In 2019 mortality improved between 4% and 6%, Kessler says. “2019 was the first year where no one lowered their price because we are still trying to work out if the year is an anomaly or the beginning of a trend shift, where we go back into a period of higher improvement. We will not know until the cause of death data is made available [next year].

“The reason why pension funds poured into the longevity market is that after seven or eight years of lower than expected longevity improvements and a reduction of the liability price every single year, there will not be a reduction while the insurance and reinsurance community try to figure out where we sit.

“If it is a trend shift, prices will go back up,” she adds. “So we have seen many pension funds pouring into the longevity risk transfer market right now.”

The schemes that typically secure bulk annuity transactions are well funded and have already reduced much of their interest rate and inflation risk. “When you start taking investment risk out of pension schemes, longevity risk starts to pop up as the dominant risk in the portfolio,” Baines says.

When assessing a potential deal, PIC looks closely at the sponsor’s governance process to see if it is robust enough to make decisions quickly, rather than having to wait months for a quarterly trustee meeting. A scheme will also attract PIC’s attention if it has a competitive advantage, such as exposure to a particular social-economic group, has indexation in the benefits or an unusual benefit structure.

However, the crucial point that insurers look for in a bulk annuity deal is can they underwrite the risks. They only get one chance to price the liabilities, so they need to get it right.

The risk settlement market has grown rapidly in recent years, but with insurers taking on so much risk in such a short space of time, could the market have peaked? No, says Towners, who explains that insurers recognised years ago that there would be a “tremendous” demand from schemes looking to settle their longevity risk and scaled their operations accordingly.

Of the eight insurers covering this market, the three largest – PIC, Rothesay Life and Legal & General – have bulk annuities as a core area of expertise, it is what they do. “I do not see any of those three to stop writing business in this space,” Magudia says. “They have in recent times raised capital to write more business. This is a big and growing market and we expect it to get bigger and bigger.

“At the moment, I don’t see any drying up, any imbalance between supply and demand,” he adds. “If the market doubled again it might be interesting to see what would happen.”

Magudia would not be surprised if the value of the bulk annuity market fell this year, predicting that it could be worth in the region of £30bn unless there are a group of larger transactions. Perhaps this could be the result of a potential rise in pricing.

The size of the market is not his concern. “We are not focused on volume from yearto-year or looking for continuous increases,” Magudia says. “We are looking for a sensible proportion of the overall market to retain market share.”

TO INSURE OR NOT TO INSURE

The Pension SuperFund and Clara-Pensions are the first superfunds to be touting for business with the former closing its second deal in July worth £300m.

LGIM’s Towners is not worried by such competition. “It is a big market and there is space for their innovation,” he says, “but everyone in the industry believes that buyins and buyouts are the gold standard as it comes with the protections that insurance offers.”

This is a reference to insurers having to hold cash in reserve to back up their pension promises, a requirement under the Solvency II rules. The consolidators are not required to hold as much cash, so they are competing against the insurers on price. Yet the superfunds are pitching their services to schemes at different stages of their funding journey than the insurers are. Consolidation is an option for schemes which are not in a strong enough financial position to attract the interest of an insurer.

“We recognise that not every scheme can afford a buyout as the sponsor may not be in the most robust shape,” Towners says. Despite this, he warns sponsors of underfunded schemes not to rush into such arrangements.

“I would rather hold out for a couple of years to generate an excess return on my investments, get some more cash from my sponsor and get the gold standard for my members rather than rush into something less,” he adds.