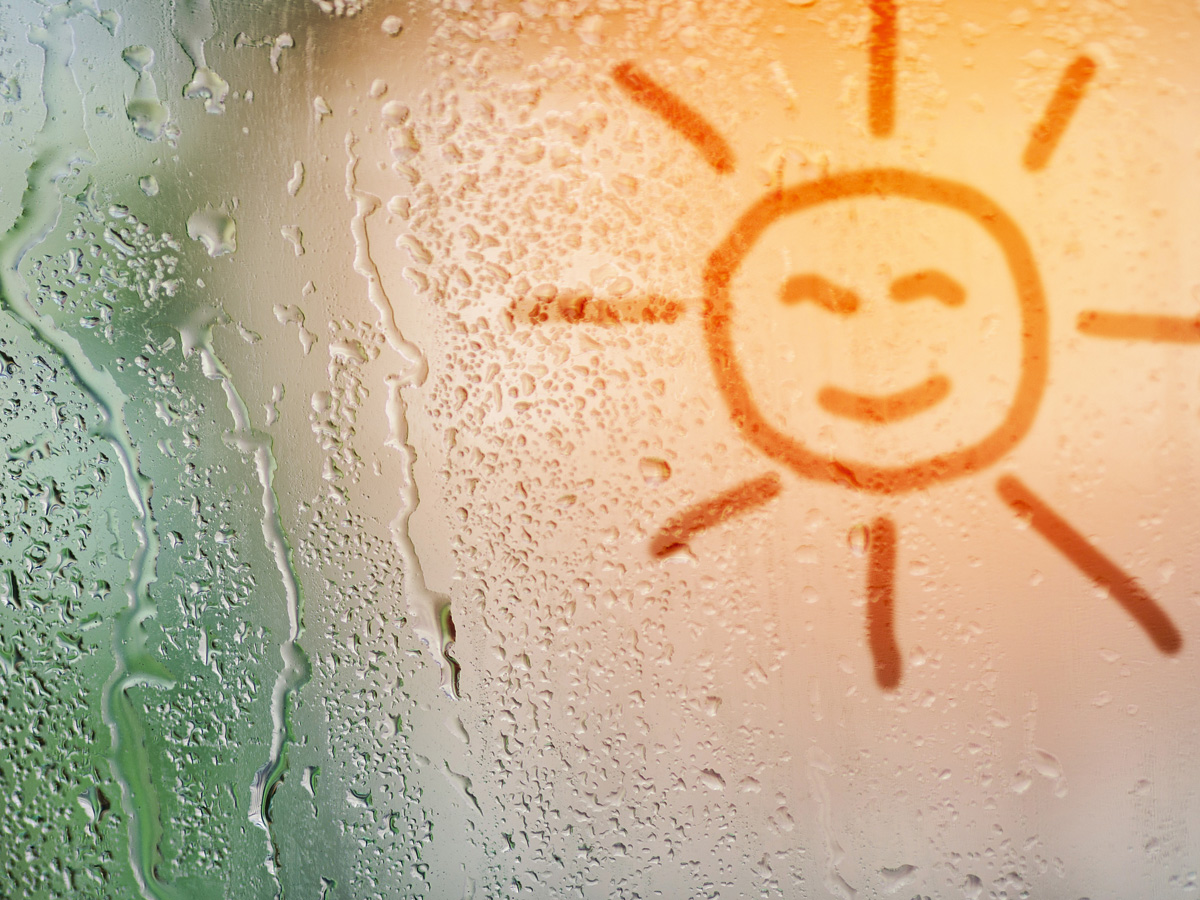 Emerging markets: If not now, when?

Pummelled by market forces that were little to do with them, the group of 24 countries (as classified by rating agency MSCI) produced returns that were unlikely to convince investors of their value.

By the end of 2018, the Bloomberg Barclays index tracking un-hedged dollar-denominated emerging market debt had lost more than 4%. The index tracking debt in local currency fell more than 7% during the same period.

While global and European bond indices fared little better – having to cope with their own economic and political headwinds – these developed markets traditionally retain the confidence of institutional investors. According to State Street’s Bond Compass strategy outlook, in December “longterm investor holdings of local currency emerging market debt were… at a five-year low”.

But why? There were no great upsets in Columbia or the Czech Republic, two of the group’s constituents, and Brazil’s new president, although not roundly welcomed by most of the international political left wing, was seen to be positive for business.

Plain and simple, it was the dollar. The US currency, against which most of these markets peg their own monetary system, became too strong. Although many were firing on all cylinders, they were understandably unable to keep up with the world’s largest economy.

But the story changed in December, when chair of the US Federal Reserve Jerome Powell decided to halt – or at least pause – interest rates hikes.

According to State Street, in that month, flows to emerging market debt “jumped above their five-year median for the first time in eight months”.

And so they have continued, according to data monitor EPFR, with around $28bn (£21.1bn) in new money rushing into emerging market assets as a whole in the last three months of the year – making up almost the entire annual total.

The bounce-back has been quicker than the 2008 financial crisis, when, despite it being little to do with them, emerging markets saw tremendous, sustained outflows. Investors, it seems, are not turning and staying away from the sector.

“If you look at the risk-adjusted returns historically and respectively for emerging markets, they are actually really attractive,” says Mark Fawcett, chief investment officer of NEST. “They give you higher interest rates than would you have in developed markets and yet, with one or two notable exceptions, they are economies whose debt levels are lower, their trade deficits are low or possibly have trade surpluses.”

“Trying to be too tactical is really tough and it is just too easy to get it wrong,” Fawcett says. “Being strategic, but thinking about risks you want to take, is more important.”

And increasingly, trustees of all types of institutional investor in developed markets are willing to take these risks.

Dinesh Visavadia, trustee of the Action for Children Pension Fund, says he saw some great opportunities in emerging markets as 2019 got going.

“In 2018, many emerging market countries were doing well, it was their relationship with the dollar that mainly hurt them,” Visavadia says. “The trade war did not help either. Fundamentally, emerging markets are not poor – and their outlook is good.”

In Mercer’s 2018 European Asset Allocation Survey, emerging market debt was the most popular non-traditional bond strategy for pension schemes. Some 18% of them said they had an allocation to the strategy, with an average 5% holding. The next closest was multi-asset credit, with 16% of funds disclosing an allocation.

Peter Thompson, an independent trustee at Capital Cranfield and former chairman of the National Association of Pension Funds, says that the asset class has become more mainstream and much more accessible. “It might not be something for tiny pension funds, but it is a sensible option for mid-to large-sized schemes who are still on their journey to maturity,” he adds.

The £30bn Brunel Pension Partnership is in the process of picking a manager for a £1.1bn emerging markets equities portfolio.

The fund, which has exposure to these nations’ debt through its multi-asset credit portfolio, sees the sector as one to grab with both hands.

“Emerging markets will be the source of more than half of global economic growth over the next 10 years,” says Mark Mansley, Brunel Pension Partnership’s chief investment officer. “Undoubtedly there is great potential here for investment managers able to think long-term and find the best opportunities.”

For NEST’s Fawcett, the comparison with developed markets makes emerging ones attractive.

“Debt levels in Japan, the US, UK and parts of Europe are massive – well over 100% to GDP in many cases,” he says. “This is not necessarily true of the emerging markets, so strategically they look pretty attractive.”

“We evaluate emerging market debt alongside high-yield bonds, and we are just going to private credit as well,” he adds. “We don’t try to time the market, we just want to make sure that as part of a multi-asset portfolio we can deliver good risk-adjusted returns and these are a good diversifier.”

For Dan Kemp, chief investment officer for Europe, Middle East and Africa at Morningstar Investment Management Europe, this is precisely the way to approach it.

“As with any investment, you have to look at their relative value,” Kemp says, “and emerging markets look relatively attractive compared to other assets.”

Morningstar has a sizable exposure to emerging market debt in its portfolio. Kemp says much of the traditional market reluctance to buy into these markets has been based on sentiment, but this can be misplaced.

“These bonds have underperformed other types of fixed income and some investors have been put off by recent performance,” Kemp says. “This means things are getting cheaper – on a relative and an absolute basis – which makes them more, not less, attractive.”

He says that some investors were concerned about trading, liquidity and geopolitics, which should always be considered, “but the best determinant is value and a lot of the bad news is already priced in.”

However, even if many investors are convinced of the fundamental ethos behind holding emerging market debt, there remains one major hurdle for them.

“You have to be careful with emerging market debt,” Thompson says. “There is currency risk and quite a bit of it cannot be hedged at a sensible price, so that leaves you with hard currency – dollars – which brings in the risk of default. There are a few areas having real trouble at the moment.”

A case in point is Argentina. Hit by political turmoil, the South American country may have been able to cover its debts were it not for a US currency that was shooting further and further north.

Alongside the default risk, the dollar affects emerging markets in various ways, Morningstar’s Kemp says. “The hard currency returns are in dollars, so if you own an asset priced in an alternative currency, it is going to be difficult to hedge out and when the dollar is strong, it raises the likelihood of default.”

“Now the US has stopped raising rates (although it may raise them a little bit more) the dollar has stabilised, and a stable dollar is good for emerging markets,” Fawcett says. “It doesn’t have to be depreciating and it depends on other forces as well, but it is one of the key factors. In the shorter term it is certainly a positive for emerging markets, for equities and debt.”

NEW KID ON THE BLOCK

This stable ground for the dollar has hit at the perfect time for China, ironically, as its debt is to be included in a major index for the first time.

From April, the Bloomberg Barclays Global Aggregate Bond index will feature Chinese bonds, rising to eventually make up around 6%. In addition, Standard & Poor’s is the first rating agency to be given the go-ahead by the People’s Bank of China to rate issuers in the onshore bond market.

All this should increase transparency and accessibility in the market, which is attractive to developed market investors. For Visavadia, China’s appearance in the benchmark encapsulates the aspects all emerging markets are grappling with: governance, transparency and fairness.

“That the authorities are behind these changes is good for investors and it gives us exposure to one of the largest economies in the world – and some good quality companies,” he says.

NEST’s Fawcett says he would be carefully considering which parts of the Chinese market he wants the DC scheme to invest in.

“Large parts of the corporate sector are highly indebted, so we might want to be cautious,” he adds. “But China is a massive creditor nation. Government debt is not going to default so, depending on the spreads, it could be potentially attractive.” This step by China – and the financial institutions making it possible – should have a bigger impact, according to Kemp.

“It will force some people who have only ever traded developed market bonds to look at emerging markets and it may make a difference to the perception of the regions and get them to have a dig around in other countries,” he says.

This is key to understanding and making the asset class work in a portfolio, Kemp adds.

“Emerging market debt is very diverse. South Africa, Russia, Mexico – they all have their own benefits and challenges. And they all have different relationships with each other. It is not just one large trading bloc.”

Kemp is doubtful that investors understand the myriad complexities of emerging markets, as few look on what he sees as the necessary granular level.

“When people are faced with a problem, they look for a simple solution,” he says. “They look at emerging markets and impose political news on the asset class as a whole, instead of looking at individual markets.”

This way of looking at the sector can often inform investors’ views on how to approach it.

“Most investors stick to one of the large indexes, but active investors can add value in emerging markets,” Kemp says.

Because of liquidity and other middle and back office reasons, transaction costs have been quite high with emerging market debt, Kemp adds, but that should be something to prepare for rather than use as a reason to avoid it.

“How you access emerging markets is important,” Visavadia says. Instead of index-hugging, he adds, investors need to give managers flexibility.

“An absolute return approach means you don’t have to follow the benchmark, a lot of which is sovereign debt,” Visavadia says. “Corporate debt is coming, and it is nice to see that environmental, social and governance concerns are having an impact and improving things.

“And yes, there is uncertainty and risk, but that means you have to be selective about the manager you pick.”