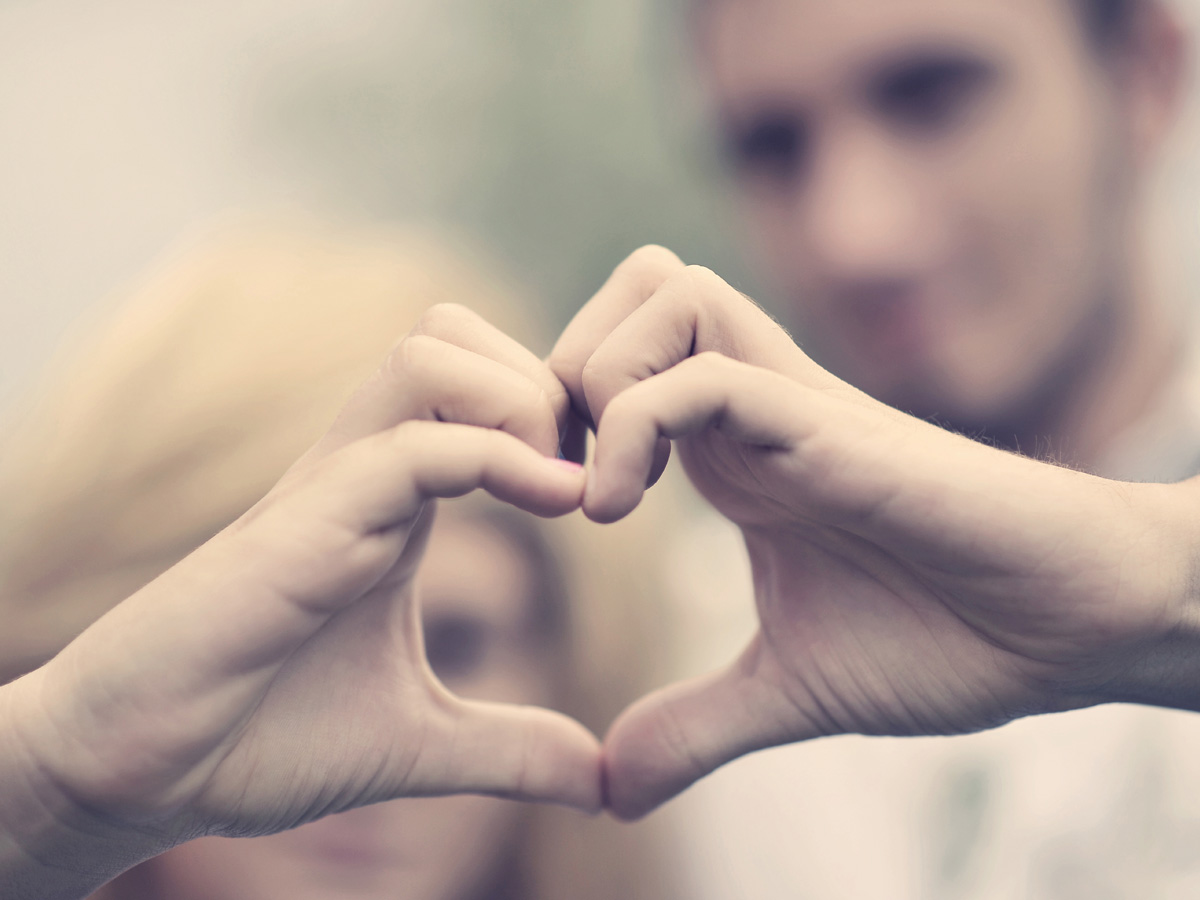 Cheap fashion carries a high price. Just ask the families of the 1,134 workers in Bangladesh who died six years ago when the building they were making clothes in collapsed. The jeans and t-shirts made in the Rana Plaza factory were due to appear on the shelves of several retailers in the developed world, one of which was Primark. The company is known for selling dresses and jumpers cheaper than many of its neighbours on Britain’s high streets because it doesn’t have advertising campaigns to fund. This view changed when news came through that the eight-storey factory was constructed using substandard materials and that several floors were built without permission. There have also been allegations that workers were locked in during their shifts.

It appears that Primark was not robust enough in checking the company that was supplying it with cheap clothing. This oversight cost the retailer more than $11m (£8.4m) in compensation to the bereaved families and a further $3m (£2.2m) in aid to Bangladesh. The price of trying to restore a tarnished reputation is high and can negatively impact a company’s financial performance and, ultimately, its valuation.

Reputational risk is covered within the social pillar of an environmental, social and governance (ESG) analysis. While the ‘E’ focuses on environmental factors and the ‘G’ on a company’s integrity and transparency, the ‘S’ is about people’s health, welfare and happiness as well as a company’s relationship with the community. Issues include equality, leadership diversity, privacy, health and safety and employee development. In short, it’s treating people, companies and the community fairly and with respect.

Climate change and corporate governance failings, such as car-maker Volkswagen’s emissions test scandal, have grabbed the headlines in recent years, but social issues are increasingly getting their fair share of attention too, be it privacy, low wages, obesity and tax avoidance.

These are important factors for those investing over the long term. They even have political will behind them. The UN backed Principles for Responsible Investment, which promote ESG investing, are pushing for the transition to a low carbon economy to include social factors. This is linked to the jobs that will be lost following such a shift.

Despite the rising public interest in social issues, they are not as popular as the E and the G in investment circles, says Mette Charles, senior investment research consultant at Aon.

“It is a big step for an asset owner to go from financial and risk mitigation to making an impact,” she adds. “Not many clients have made that leap.”

It appears that there is a huge educational need to help asset owners make that jump, but, as Charles points out, there is another catalyst. “How motivated are asset owners to invest for the social good? The financial return maybe compromised and asset owners tend to be finance first.”

They may be lagging behind issues such as global warming and transparency, but social factors are in investors’ thoughts. Issues such as human rights and inequality are being raised more and more by Newton Investment Management’s clients, which Lloyd McAllister, a responsible investment analyst at the firm, puts down to a growing recognition that they can affect share prices. “Some investors want more than just a financial return,” he says. “They want to have a social-impact return as well.” Also witnessing social topics appearing more prominently on global agendas after living in the shadow of governance and environmental concerns for years is Carola van Lamoen, Robeco’s head of active ownership.

“It can be challenging to have evidence on the financial materiality of social aspects,” she adds. “Therefore it has been typically lower on the radar for ESG investors.”

Growing awareness, according to Lamoen, is due to the launch of several initiatives, including the Platform Living Wage Financials and Investor Alliance for Human Rights, as well as the #MeToo movement and regulators demanding more disclosure on pay and how trustees are dealing with financially material risks to portfolios.

MSCI’s vice president of ESG research, Leslie Swynghedauw, says awareness is growing on several levels. “There is pressure on companies from customers, employees and regulators to act on such issues and being more transparent on what steps they are taking to remove any potential gap for inequality with regards to discrimination.”

Social issues that have featured prominently in the news headlines in recent years include data security. Social media giant Facebook saw its value decline following allegations that it sold peoples’ personal data to third parties for commercial or political gain. Investors want to know how companies are protecting themselves from data security risks. Then there is equality, especially in senior management.

Helena Viñes Fiestas, deputy head of sustainability and head of research and policy at BNP Paribas AM, says that this is a factor her colleagues look at when assessing an investment. “We expect companies to have a broad and comprehensive policy on diversity,” she adds. “We also want diversity of thinking and background, especially at board level.”

Putting more women in senior positions is not about fairness, it could have a material impact on financial performance.

Indeed, an MSCI study in 2017 found that retailers with at least three female directors make more revenue per employee. This research does not, however, prove a link between best practice and performance due to its limited sample size.

This is part of the problem with social metrics. It is not easy to measure their performance or impact. If investors are assessing an investment only for its financial returns then there are years of accounts and reports to plough through before making a decision. It is a lot harder to measure non-financial returns.

Those wishing to make such assessments may have to focus on the negatives, such as fines or costs linked to a controversy.

It appears that one way of measuring outcomes would be to use the UN-based Sustainable Development Goals (SDGs) as a framework.

The goals that are investigable, provide a common language for investors, MSCI’s Swynghedauw says. “The typical value creation, with regard to social issues, is improved reputation, higher productivity and better dividends,” she adds. “They are the metrics we would look at to measure a social impact.”

The task of measuring impacts is made harder thanks to a lack of quality data. “It is tough, but it’s getting better,” McAllister says, adding that the firm looks at information on pay and working conditions, but “only about 10% to 20% of the companies we look at provide that metric”.

Investors cannot rely on the data companies supply on their operations, so they check it against information produced by independent sources, such as ESG data providers, NGOs or trade unions.

“If there is a specific controversy, and some sectors are controversy prone concerning the social dimensions, like the pharmaceuticals and retailers, then we use multiple sources of information to cross-check to make up our minds,” says David Czupryna, SRI senior client portfolio manager at Candriam Investors.

MSCI looks at the UN’s International Labour Organisation data sets to determine the likelihood of labour unrest for certain industries and in certain countries to assess the likelihood of being affected by strikes is higher than others. It also looks for controversial labour practices by scanning the news for cases brought against companies. Newton does not automatically exclude companies that it feels carry reputational risks. It works with them to improve the problem first. “We are far more use to society as an investor if we work with a company to improve things rather than walking away and letting a passive investor just own the shares and not engage with the company,” McAllister says.

He cites the example of the airline industry, where there have been a number of highprofile disputes between management and workforces, sometimes resulting in strikes. “The impact of such disruptions can be extremely costly for airlines in terms of loss of revenue, creating a business risk. We therefore look closely at a company’s historical relations with trade unions and indicators of employee satisfaction.”

Candriam has removed “loads” of companies from its offering because of concerns over its social factors. Facebook is an example. “We didn’t feel that the company was doing all that it should to ensure that the privacy of the data intrusted by the user was warranted,” Czupryna says.

“This is about protecting the privacy of customer data,” he adds. “That is why we decided to exclude it from our list of eligible companies.”

More and more investors want Candriam to eliminate companies where the risks of human rights or labour abuses are acute. “This is becoming almost standard in the investment industry,” Czupryna says.

“When it comes to ESG investing, not wanting severe human rights violations is usually first on the list,” he adds. “Gender equality is more of a growing trend.”

BNP Paribas AM has removed companies from its investment universe because of social issues. “We have excluded companies because of labour rights and human rights,” Viñes Fiestas says.

MSCI aims to be more active on the pay gap, amid growing concerns of the divergence between executive and employee salaries. It wants to find out how companies are sharing the value they create.

The social impact of artificial intelligence is a focus for Robeco. The asset manager plans to engage with IT companies and social media platforms to ensure that technological developments and applications are used responsibly. “Artificial intelligence technologies create opportunities for companies, but AI also poses risks to human rights, including the right to privacy,” Lamoen says.

For Aon’s Charles, getting companies to act on social issues may need investors to emphasise the potential for reputational damage. “It seems to be the only way to compel those companies to start thinking about the overall ramifications of how they are treating their workforce.

For McAllister, social investing has huge potential. “It has all the characteristics to be just as, if not more, popular than green investing. People tend to respond to human issues.

“If you are talking about climate change, you get more traction when you frame it in terms of air pollution and how it causes 7 million deaths a year,” he adds. “When things are more human-centric, they are more relatable to people. That is why it could become more popular than green investing,” McAllister says. 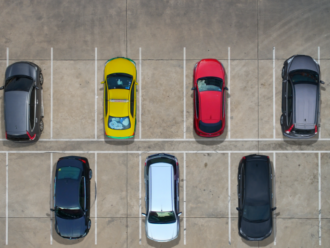 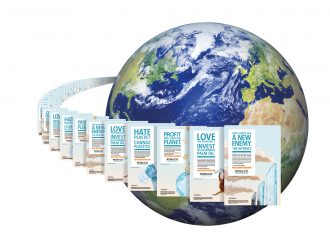 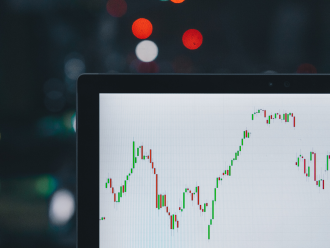